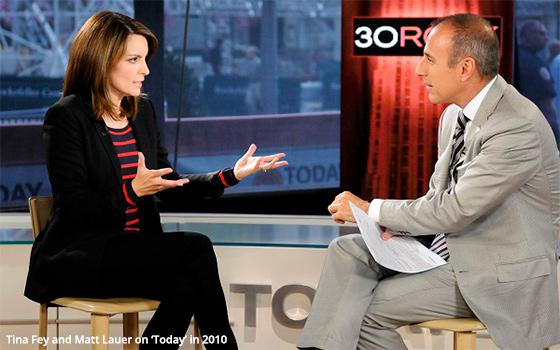 NBC plans to celebrate its future by placing its past firmly in the spotlight in a virtual Upfront next month.

Moreover, this Upfront “event” will be broadcast on multiple NBCU-owned networks in prime time for the benefit of regular people.

Clearly, we are living in a topsy-turvy, turnabout world. Thanks for nothing, COVID-19.

The pandemic has everyone in every industry reflecting on their “new” reality. And apparently TV is no exception.

“At NBCUniversal, we're excited to produce an Upfront that reflects a new reality and celebrates our relationship with viewers and advertisers alike,” a news release earlier this week quoted Linda Yaccarino as saying. She is chairman of advertising and partnerships for NBCUniversal.

“Historically, this event is about the future of programming,” the prepared statement continued. “This year, it’s about the future of our industry -- a future where we can meet audiences wherever they are, with the stories that move them. As the old saying goes ... when life hands you Lemon, have her host the Upfront!”

Note to all of those who have either forgotten or never knew who “Lemon” was: She was Liz Lemon, the character played by Tina Fey on “30 Rock,” which originally aired from 2006 (14 years ago) to 2013 (seven years ago).

Another prepared statement appeared to address the company's plan to present this Upfront event so publicly -- on TV, available to millions of people not involved in the business of advertising creation and media purchases.

“We put our fans first in everything we do at NBCUniversal, so of course our audiences are at the heart of our reimagined Upfront experience,” said this prepared statement attributed to Josh Feldman, executive vice president and head of marketing and advertising creative for NBCU.

“This very special ‘30 Rock’ event will bring together video, advertising, and humor to show the world the power of One Platform in a whole new way,” this statement continued.

The prepared quotations were part of a news release announcing that the cast of “30 Rock” had agreed to reunite for some sort of one-hour show -- scheduled to air on NBC on Thursday, July 16, from 8 p.m. to 9 p.m. Eastern -- in which these actors will “celebrate the stories and talent featured in NBCUniversal's 2020-21 television season.”

This one-hour “celebration” will then air at other unspecified times on NBCU-owned USA Network, Bravo, E!, Oxygen, Syfy and CNBC.

To translate: Tiny Fey, Alec Baldwin, Tracy Morgan and the rest will effectively be announcing the new shows coming this fall on NBC and possibly, any time in the 2020-21 time frame on the various NBCU cable networks.

The news release did not say whether the actors would undertake this “celebration” as themselves or as their characters from “30 Rock.”

Nor was there any hint that they would engage in anything resembling a “30 Rock” plot or storyline.

This omission leaves an impression that this “event” will consist of little more than these “30 Rock” cast members engaging in a Zoom meeting with each other. And we all know by now how exciting those are.

By declaring its intention to air this Upfront “event” on actual TV, NBCU is, in effect, throwing open the Upfront doors to the general public.

In this sense, it is not really an “Upfront” event at all, at least in the way everyone in the TV business has come to understand the Upfronts -- that they are “industry” events, not public ones.

To take this idea a step further, it almost seems as if NBCU is putting the general public on par with its customers -- who are, of course, the people who buy the advertising time across its many networks and digital platforms.

As for the announcement’s contention that NBCU has its eye firmly on the future, it is hard to square that notion with this Upfront event plan that is based on reuniting the cast of a sitcom that dates back to the administration of George W. Bush.

Maybe ABC will reunite the cast of “Happy Days” for a “Happy days are here again” Upfront celebration of its own.