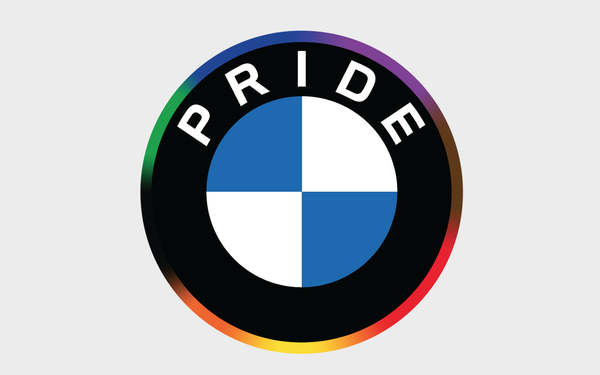 BMW has created a special iteration of its logo in support of Pride month and the LGBTQIA+ community.

The animated logo, which leverages BMW’s updated roundel logo (launched in March) for the first time, replaces the company’s name with Pride in all capitals and adds a rainbow ring around the transparent outer border.

The special iteration logo will be featured across digital channels and is part of the company’s ongoing support of the LGBTQIA+ community.

In 2019, the automaker unveiled a special edition 8 Series convertible designed by Jonathan Adler and launched #GoWithPride, which included multimedia museum experiences in partnership with CNN, as well as a partnership and donation to GLAAD.

This year BMW has partnered with NYC Pride and will launch a fleet of five BMW 8 Series convertibles wrapped in a special Pride-themed livery. It will also upport the Trevor Project’s “Pride Everywhere” campaign to connect LGBTQIA+ youth virtually to champion togetherness.

“While many of this year’s live Pride activities have been cancelled out of necessity, BMW continues to stand with the LGBTQIA+ community in this celebration of Pride and unity,” says Uwe Dreher, vice president of marketing, BMW of North America. “As the world continues to demonstrate for racial equality and justice amidst the ongoing COVID-19 pandemic, there has never been a more urgent time to celebrate togetherness and unity.”

Another automaker also voiced its support of the LGBTQIA+ community this week.

FCA issued a statement that it supports the decision of the U.S. Supreme Court that the Civil Rights Act of 1964’s prohibition on sex discrimination in employment also effectively bans bias based on sexual orientation or gender identity.

Pride month is celebrated every year in June to commemorate the Stonewall riots, which occurred at the end of June 1969. Many cities hold events and parades but due to COVID-19, two of the biggest in New York and Los Angeles are going virtual this year. Nissan is a silver level sponsor of NYC Pride 2020, while Uber is a bronze sponsor.