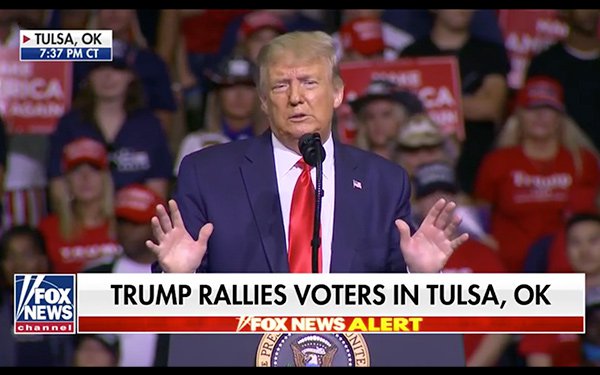 Fox News was much higher than its two main cable TV news network competitors -- with CNN at 2.2 million and MSNBC at 2.1 million for the same time period.

The actual live event pulled in around 6,200 in attendance at the Bank of Oklahoma venue, according to the Tulsa Fire Department -- well below the more than 20,000 expected to fill up the arena on Saturday night -- due to COVID-19 and other concerns, according to analysts.