TV Flew High For A While, Then Fell Back To Earth 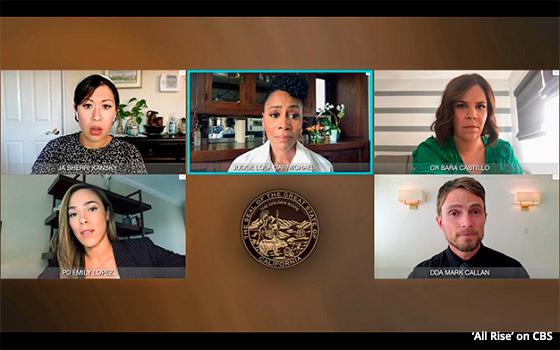 A Hollywood Reporterstory this week headlined “The Quarantine TV Ratings Spike Is Over” cited Nielsen TV-usage data to report that usage levels this month have tapered back down to where they were just before the pandemic lockdown was put in place.

What caused the plunge back down to Earth? It could be a natural occurrence, or it could be that viewers have become bored with television.

Certainly, the timing coincides with the onset of the summer TV season. Even in normal times, HUT levels (homes using television) historically tended to decline after Memorial Day.

But the Nielsen data cited in the THR story was a measurement (or metric) identified as Total Use of Television (or TUT, you might say) measuring "cross-platform viewing across all hours of the day."

With this in mind, the progression of TUT levels went like this since the beginning of the pandemic lockdown, according to THR: During the week of March 2, the last full week before the widespread lockdown, this Total Use of Television figure stood at 19.2, "meaning an average of 19.2% of people in the U.S. were watching something at a given point during the week."

“A host of shows, including NBC’s ‘Chicago’ dramas and ‘The Voice,’ ABC’s ‘Station 19’ and CBS’s ‘All Rise’ [pictured above], drew their biggest audiences of the season in late March and early April.

“Streaming usage exploded, with users spending more than twice as much time on those platforms than during the previous year, for three straight weeks.

“Volume peaked the week of April 6, when people spent nearly 170 billion minutes streaming content, per Nielsen. Since then, however, TV use has dropped slowly but steadily across the board, to a 19.6 in the week of June 1,” the THR story said.

Here is an unscientific explanation for the sudden increase and the subsequent drop back to “normal” that the story reports.

The spike may have represented a great number of people who otherwise might not ordinarily have gravitated to television to fill so many of their waking hours. Yes, there are such people.

So, with little else to do, a great many more people tended to vegetate in front of the TV in those first weeks of the lockdown. They likely watched a lot of news, and when they tired of that, they grazed toward networks and content they might not have sampled in ordinary times.

What else could they do? Those were the weeks when everyone was just starting to reorient their lives and becoming accustomed to confinement at home.

In addition, live sports suddenly disappeared. And I have no doubt that many who would have normally looked for basketball, ice hockey and baseball (in April) went in search of other things to watch.

Most notably, there was no March Madness this year, which for millions of people, can take up hours and hours of TV time on multiple networks for something like two weeks.

As for the decline in these levels more recently, at the risk of generalizing a bit too broadly, it may also be true that people watched so much television in those first 4-8 weeks that (a) they have now run out of things they are interested in watching, (b) they have readjusted their lives enough by now that they are not relying on television as much to fill their time, and/or (c) they are bored with television generally.

“C” is the condition that the TV Blog hears most often from friends and family members. Could this be one of the lasting phenomena of the COVID-19 pandemic era, that it took a confinement emergency for people to finally realize that watching TV is not a very constructive or meaningful way to occupy one’s time?

At the risk of coming across as smug, I could have told them that a long time ago.

covid-19, ratings, tv
1 comment about "TV Flew High For A While, Then Fell Back To Earth".
Check to receive email when comments are posted.
Next story loading