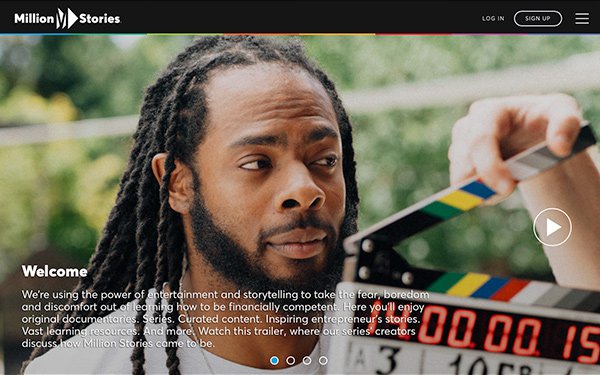 Million Stories Media, a project of the Singleton Foundation for Financial Literacy and Entrepreneurship, can be found at www.millionstories.com and on social media @millionstoriesmedia.

Shelley Miles, CEO, Singleton Foundation, told Publishers Daily: “Millennials are the largest generation in the workforce. They have debt. They will live long lives. They were hit hard in the last recession, and now this global pandemic has happened. And Gen Z is coming up right behind them,” she said.

“Financial understanding and skills are critical to their ability to prepare for their futures,” Miles added.

For example, “Adulting With Richard Sherman,” features the NFL cornerback for the San Francisco 49ers. His 12-episode series coaches viewers through their initial financial decisions as adults.

“American Paycheck” travels nationwide to determine how millennials spend the money they earn, while “COVID Chats” allows young people from diverse backgrounds to share their concerns and experiences. Per the company, the two shows have reached more than 1.2 million views in just four weeks, gaining momentum from their initial testing rollout.