Periscope Taps MARC USA Veteran To Be Its New President 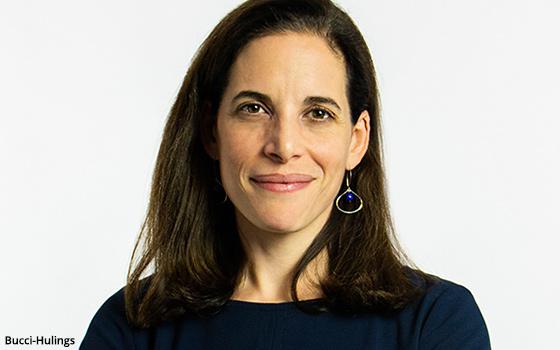 The agency has been reshaping its leadership team for the better part of a year following its acquisition by Wisconsin-based Quad/Graphics in early 2019.

In January Liz Ross departed as Periscope CEO after four years in the role, succeeded on an interim basis by Eric Ashworth, vice president agency solutions for Quad.

Bucci-Hulings effectively replaces Ross albeit without the CEO title and will report to Ashworth.

Ashworth credited Bucci-Hulings with understanding “the importance of culture, creativity and community to serve the constantly evolving needs of today’s marketers. She’s also obsessed with the data science and analytics that fuel product development and business growth.”

In addition to Bucci-Hulings, Periscope hired Matt Benka in April as senior vice president of growth to hone the agency’s go-to-market strategy and positioning. A month earlier, the agency hired Nathan Young as group strategy director. Young has been part of the agency’s COVID-19 response team and is a co-founder of 600 & Rising a group of over 1,100 Black advertising professionals formed earlier this month that is demanding that Adland improve its diversity profile.

Bucci-Hulings joined MARC USA in 2010 and was promoted to president in 2018. Prior to MARC USA, she spent eight years at DraftFCB, and earlier was with Leo Burnett.