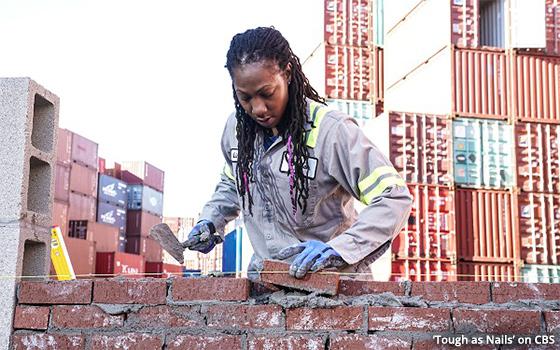 Two celebrations of working-class heroes are coming to TV this week within a day of each other.

Does this constitute a trend? Technically, no. The rule of thumb on trend stories usually calls for three of the same thing, not two.

The lack of a third entry in this week’s tough-job category will not prevent the TV Blog from undertaking the not-so-tough job of writing about the two that are on the way.

To be specific, one of the shows is a showcase of dirty jobs. The other one puts the emphasis on “tough,” even if it is possible to become dirty in any of the tough occupations on display here.

The latter is a competition show. The former is a four-episode revival of Discovery’s “Dirty Jobs” series, which first aired in 2004.

This is the show in which host Mike Rowe, now 58, got his hands and other body parts dirty visiting the sites of the world’s grimiest occupations and participating in them.

The new “Rowe’d Trip” is described by Discovery as “part reunion, part road trip, part look-back special, and part ‘where are they now'."

In a prepared statement, Rowe referred to “Dirty Jobs” as “the granddaddy of 'essential work' programming.”

Until I read that, I did not know that “essential work programming” was even a “thing” (as the kids like to say these days).

Well, if it was not a thing before, then it is apparently a thing now. CBS’s “Tough As Nails” show will have a diverse group of 12 contestants drawn from various blue-collar occupations competing for prizes that CBS did not identify in a press release.

At least in part, the competitions will comprise tasks that these workpeople do not ordinarily do.

For example, the contestant in the photo above -- Linett Key, 34, from Lecanto, Florida -- is a welder by trade, who is seen participating in a brick-laying competition in the first half of the two-hour premiere of “Tough As Nails.”

The show’s first hour will also consist of an unspecified wheelbarrow competition, while the second hour will have the contestants a-workin’ on the railroad. Translation: They will be challenged to fix a broken bit of train rail.

Here in the real world, the types of jobs seen on both of these working-class shows can be especially tough and dirty in high summer, since jobs like these are mostly undertaken outdoors.

Perhaps the premieres of these summertime celebrations of hard-working tradesmen and tradeswomen should have been held off until Labor Day.