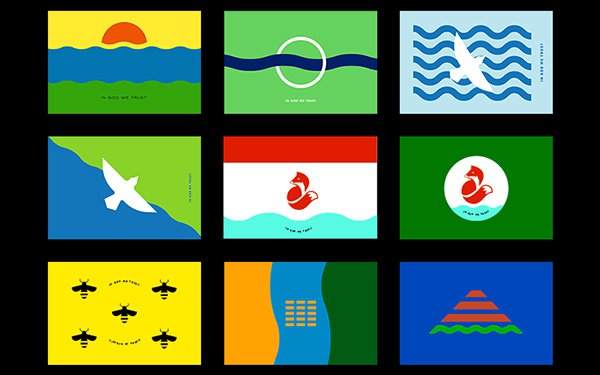 Digitas is unveiling a “passion project” from a group of creatives and designers across many of its offices inspired by news that the state of Mississippi was replacing its flag. The existing 126-year-old flag—the only state banner left in the country with the Confederate symbol—was officially “retired” June 30.

While there has been no official new design released, Digitas has proposed several alternative designs each honoring the state and what it stands for, including faith, hospitality, the Mississippi River, and the state’s symbols of local flora and fauna, which symbolize unity and progress. There are also images of the Mockingbird, Mississippi’s state bird, the red fox, the state’s mammal, and the honeybee, the state’s insect.

In addition, the creative team is presenting a fresh take on color by utilizing a sea of blues and reds, and a modern but timeless design language that pays homage to this moment of change and unity.

Whether any of the designs is considered by the state remains to be seen. Mississippi has appointed a committee to come up with a recommended design by mid-September. Final approval (or not) will be determined by a public vote.

“We responded in the best way we knew how: by quickly uniting a diverse and talented design team from all corners of the country under the goal of giving Mississippi a new flag that the whole state can rally behind, and that the whole country can be inspired by,” says Jimmy Alleman, vice president/group director of experience design, Digitas.