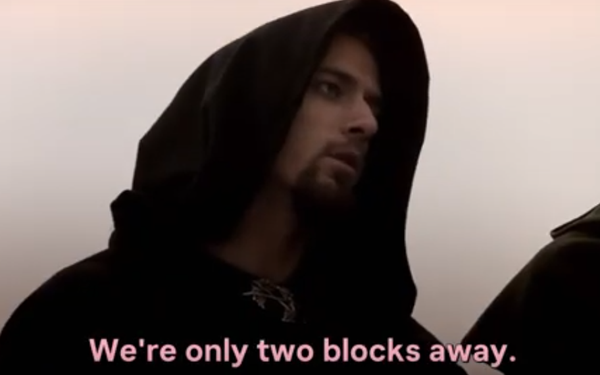 How Swedish it is!

Stockholm-based online shopping service Klarna is looking to boost awareness among U.S. consumers with a multifaceted brand campaign that leans heavily on the company’s Swedish origins.

Titled “Klarna: Swedish For Smooother Shopping,” the campaign features videos that transform footage from past Swedish films and television shows into new and comically weird stories.

The absurdity is obvious in the 30-second spot “Swedish Horse,” in which two men walk through a field wearing medieval-looking robes as a young woman, riding a horse, approaches from behind.

As she addresses them in Swedish, the English subtitle reads “Don’t go to the mall.”

One man responds to her in Swedish, accompanied by the words “We’re only two blocks away.”

“Shop with Klarna instead” because of “price-drop alerts,” she explains.

Klarna CMO David Sandstrom tells Marketing Daily, “We set out to make a series of ads that were genuinely entertaining and memorable, designed to grab consumers’ attention and position Klarna as a new, better way to shop.”

Klarna was founded in 2005 as a bank specializing in online shopping payment methods for consumers and merchants. The new campaign is part of the company’s evolution from payments to delivering “an end-to-end shopping service.”