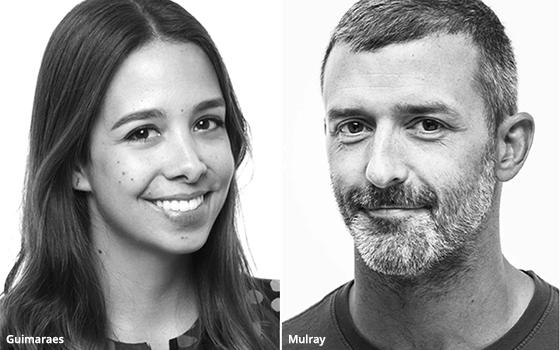 Now the firm has announced several hires to help fill out its senior ranks including Bianca Guimaraes and Kevin Mulroy—both of whom join from BBDO and who will serve as co-executive creative directors. They’re known for their work on Macy’s and AT&T campaigns.

Also joining is Oliver McAteer, who is jumping from journalism—he most recently wrote for Campaign US—and who will serve as director of development focusing on new business opportunities.

Toronto-based No Fixed Address was founded by Serge Rancourt and David Lafond four years ago utilizing a virtual model that was leading edge then and now, thanks to the pandemic is commonplace. Earlier they spent 11 years building the Publicis brand in Canada.

When they founded NFA the idea was to strip away overhead, fixed hours, and silos, while prioritizing investment in talent, a model that Mischief is adopting in the U.S. as well.

“Once we knew Greg was involved, leaving one of the best agencies in the world, to help start a new one, in the middle of a pandemic in the worst recession in modern history seemed like a no brainer,” jokes Guimaraes. “Our industry is facing a reckoning right now, and Greg, Kevin and I are really excited to use the opportunity we have as creative leaders to make change directly, building a diverse creative department from the ground up and spending the time to nurture talent so they’re set up for success as the next leaders.”