Giant CES Amid Pandemic Does Not Compute 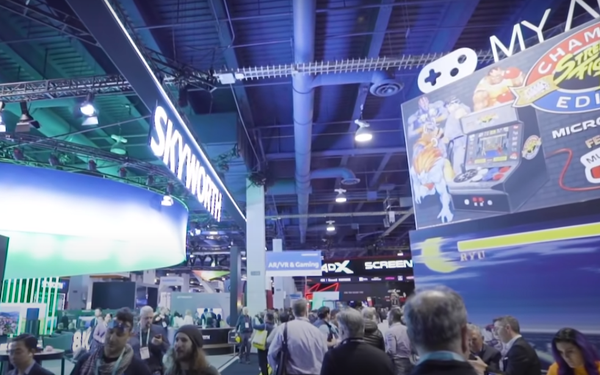 Remembrance of a CES past.
The Consumer Technology Association pulled the plug on the physical version of the big Consumer Electronics Show 2021  and will instead go all-digital.

The annual show in Las Vegas is, as CTA said in its announcement, an event that has been a launch pad or showcase for dozens of tech devices used around the world today.

Attendance is always huge, with attendees from around the world: In the age of COVID-19, those are the two biggest reasons the show won’t go on as planned next year.

“When our executive board met last week and discussed this issue, we were driven by one mandate: to do the right thing,” wrote Gary Shapiro, the longtime president and CEO of the consumer technology organization in a post on LinkedIn.

“We concluded it is simply not possible to safely gather over 100,000 people indoors with a raging COVID-19 virus and no real hope for a tested and widely available vaccine by January."

It’s going to take a lot of imagination to replace the in-person show. Last year’s attracted 170,000 attendees and 4,000 exhibitors from more than 160 nations. It took up space at 11 locations around Las Vegas, including the massive 3.2 million-square-foot convention center, and had a nearly $300 million impact on the local economy.

But as the Associated Press reported, had CES continued on schedule, the CTA was usure if major tech companies would even allow their executives to attend. And had the show resulted in a huge uptick in new coronavirus cases, CES would have had a public relations nightmare to deal with that could have damaged it going forward.

It seems the virtual handwriting was already on the wall long before this announcement.  Apple held its annual Worldwide Developers Conference in June online instead of at a conference center in San Jose, California.  as it usually does.

In Europe, the big IFA show in Germany will still go one, but shortened from six days to three, and not open to the public.

Among others, Samsung decided to miss IFA this year, opting to share its announcements at its own digital event in early September, the company told TechCrunch last month.

The usual CES  actually has a reputation as an incubator for disease, with the term, “CES flu” well known by workers in Las Vegas and among some exhibitors who return home feeling ill. The last CES ended before the COVID-19 really took hold.  But KTNV, the ABC affiliate in Las Vegas, said “several hundred” union workers fell ill after the show.

Shapiro promised the digital version of the show will “will provide a first-class experience for the thousands of journalists, investors, retailers, entrepreneurs and innovators who rely on, benefit from, love and feel ownership of CES.”

He wrote that the digital version was "the right way to focus on the cause of innovation in this unique moment in our shared global history.”