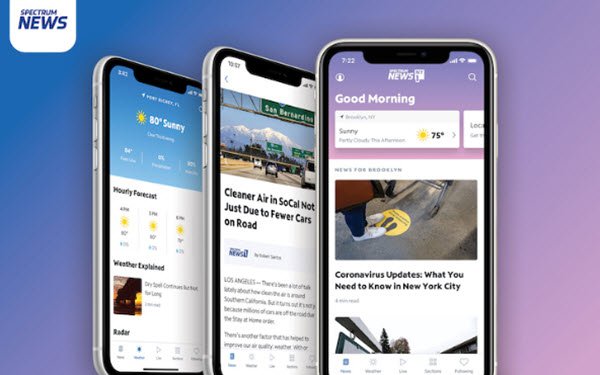 The mobile-first service, free for all of Charter Spectrum's 28 million residential internet, TV and mobile customers, is intended as a value-add to help maintain and grow Spectrum’s broadband and video customer base.

Non-customers are being offered a 30-day free trial for the news app.

The app, currently available for iOS and Android phones and tablets via the Apple and Google Play Stores, will come preloaded on some Spectrum Mobile phones starting later this year.

On Friday, Charter reported that it added a net 102,000 video subscribers in the second quarter — bucking the negative video subs trend that has impacted all pay-TV providers, including Charter, for years.

The video growth was driven by Charter’s significant growth in residential and SMB broadband customers in the period: up 755,000.

The broadband growth was driven both by the pandemic’s stay-at-home dynamics and special Charter offers, including a free 60-day “remote education” trial for households with K-12 and college students, and a reduced-rate seasonal plan for small businesses impacted by the pandemic. Charter also paused disconnects and collection efforts as part of the FCC’s Keep Americans Connected Pledge.