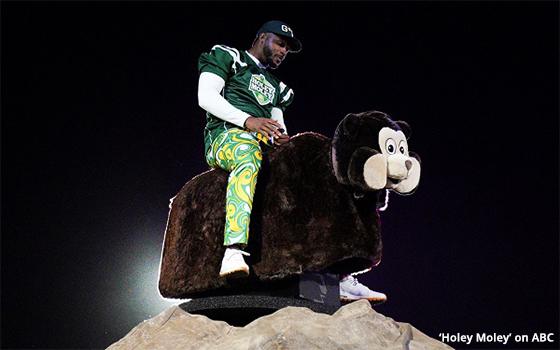 Summers on TV are usually bad enough, but in this crazy year, TV is not cutting it.

I realize that’s a broad generalization, but others who have turned to TV this summer for solace or escape from the world and its woes may have noticed the same thing: There is little or no solace or escape to be found there.

This may be due, unfortunately, to TV’s innate ability to reflect the world around us at any given time.

The year we are living through right now is cacophonous, chaotic, unsettled and uncertain. So is TV. By varying degrees, many of us are anxious, wary and perplexed. So are the characters and personalities in our TV shows.

Along with all of the uncertainty caused by the pandemic and its shutdowns -- the threat of illness and death, widespread unemployment and business failures, and the financial stress that goes with all of that -- we then had weeks of violent, destructive civil strife stemming from the killing of George Floyd.

All of the aforementioned was not enough for 2020. Just last week, a storm tore through a swath of the Eastern states that left millions without power, and killed a few people who were crushed by falling trees.

Then, as if that was not enough, at about the same time, part of Beirut suddenly blew up.

This is not a new or original statement to make in a media column such as this one, but our TV news (so-called) is no help. It is just one of the sectors of television that is not cutting it this summer.

At the risk of repeating myself from TV Blogs that have come before this one, thanks for nothing, TV news.

Instead of spreading the news, TV “news” -- which now is more opinion than news -- spreads hysteria and disinformation and in the process, pours fuel on the fires of conflict and disunity.

Our TV dramas continue to depict a world gone mad. Time and time again, these TV Blogs make the now-redundant point that TV -- as reflected in our violent, anti-heroic TV dramas and half-hour comedies that purposely contain very little to laugh at -- is an unhappy place.

In this way, TV does reflect the prevailing mood of our world generally. But on the other hand, TV was a miserable place to visit long before the pandemic too.

Perhaps the producers of TV shows and the networks that pay for them might consider developing content that leans more toward happiness and heroism than horror and hedonism, especially now when we need it most.

Suffice it to say, but looking for solace or an escape in TV’s relentless parade of misery-inducing dramas and comedies represents a fool’s errand this summer.

Maybe for some, the inherent silliness of some of this year’s summer series -- such as the ultra-silly miniature golf show “Holey Moley” on ABC (pictured above) -- provides just the escape that this blog is referring to.

But then again, let’s be honest: That show represents a whole new level of stupid. Turning to “Holey Moley” for a peaceful or serene escape from the woes of the world is a desperate measure to be undertaken only as a last resort.

What are people to do when their entertainment media fail them? They turn away, and turn it off.