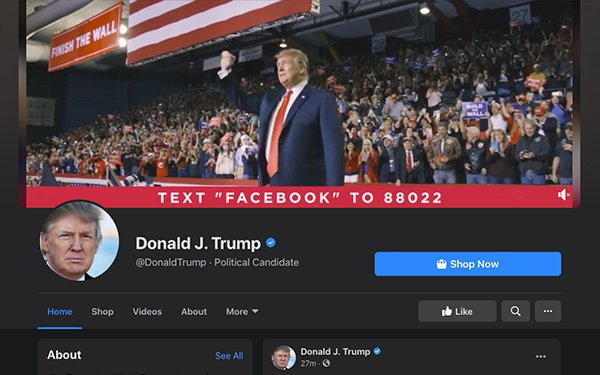 Facebook has finally removed one of President Trump’s posts for violating its policy against spreading COVID-19 misinformation.

The post in question featured an interview the President did with Fox News this week, in which he suggested that children are “almost immune” to the disease.

“This video includes false claims that a group of people is immune from COVID-19, which is a violation of our policies around harmful COVID misinformation,” a Facebook spokesperson said.

Facebook has struggled to respond to the President’s panoply of policy violations, from his highly-questionable health advice to his false claims about mail-in voting to his open endorsements of violence.

To date, the social giant has labeled some of the President’s posts, but always stopped short of removing them from its platform.

Amid mounting pressure from inside and outside of the company, Facebook did recently remove 88 ads bought by President Trump’s re-election campaign for featuring Nazi symbols.

Along with its rivals, Facebook is facing growing threats of regulation by lawmakers.

At the end of May, Trump signed an executive order designed to regulate speech on social platforms.

Republican lawmakers spent much of the hearing grilling Facebook’s cofounder-CEO about what they have long considered the company’s liberal-biased policies.