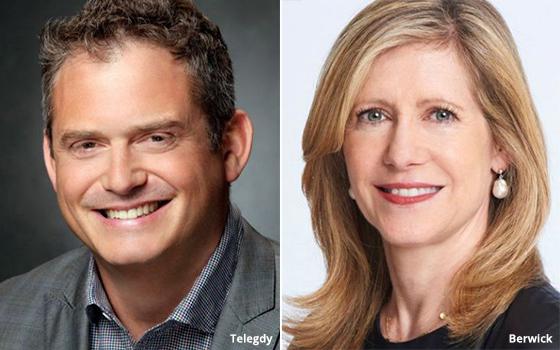 An expected major restructuring at NBCUniversal among its programming and content executives will see the exit of Paul Telegdy, chairman of
NBCUniversal Entertainment, and Frances Berwick and Matt Strauss taking on more responsibility.

Telegdy leaves as NBCUniversal is conducting a misconduct investigation.

Berwick, who had been president of lifestyle networks --  heading a number of cable TV channels, Bravo, Oxygen, E! and others -- will now be heading up ‘Entertainment Business’ across all of NBCU platforms.

According to a release, Berwick "will now be in charge of mapping out the programming strategy and content spend across the TV entertainment brands.” She will report to to Mark Lazarus, chairman of NBCUniversal Television and Streaming.

Strauss, chairman of Peacock and NBCUniversal Digital Enterprises, will now oversee NBC's entire direct-to-consumer unit, which includes international networks and Fandango. Ken Bettsteller, president of global networks, and Paul Yanover, president of Fandango, will report to Strauss, who in turn will continue to report to Mark Lazarus.

The changes come one day after reports that NBCUniversal would be making staffing reductions that will affect less than 10% of the company's 35,000 full-time staffers across divisions including its broadcast networks, movie studio and theme parks.
cable tv, entertainment, management, streaming, television
Next story loading