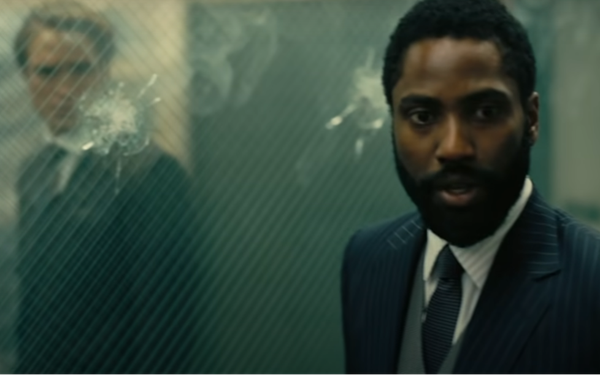 AMC hopes most locations will be open in time for the Sept. 3 premiere of “Tenet.”

Remember when you could go to the movies for just 15 cents?

Well then, do you remember, prior to the pandemic, when you went to the movies at all?

AMC Theatres hopes so. On Aug. 20, when the nation’s largest movie theater chain reopens at 100 locations after closing in March, it’s offering moviegoers those cheap 15-cent tickets to mark its 100th anniversary.

That was the typical price of admission in 1920.

The AMC chain began with the Regent Theatre in Kansas City and has grown to 600 theaters in the U.S.

This wouldn’t seem to be much of a birthday year so far. But maybe it’s looking up.

In a regulatory filing in June. the company said that because of the crisis, it had “substantial doubt” it would be able to continue for much longer. Variety reported earlier that AMC’s decision to acquire rivals like Odeon, UCI and Carmike movie chains left it highly leveraged and more than $5 billion in debt. Then, just like a horror movie, the coronavirus villain entered the picture.

But the company restructured its debt last month, giving it what CEO Adam Aron called a “financial runway into 2021.”

“Movies in 2020 at 1920 Prices” will involve only the locations AMC will reopen on Aug.20, the company said, and it won’t include sales tax. The list includes theaters in roughly 20 states, featuring cities such as Chicago, Boston, Houston, Kansas City, Atlanta, New Orleans, Philadelphia, Orlando and Nashville. Not on the list are the biggest markets in the film business, New York City and Los Angeles. They’re still closed.

You’ll have to wear a mask and obey social distancing measures, and so will AMC staff.

“We are thrilled to once again open our doors to American moviegoers who are looking for an opportunity to get out of their houses and apartments and escape into the magic of the movies,” Aron said.

But when the first wave of AMC locations open again, they won’t have new films to show until a bit later; studios have delayed almost all of them.

Instead, the theaters will show “bring-back” favorites. After the first-day special price, admission will be $5 to see films like “Black Panther,” “Back to the Future” and a special “Inception” tenth anniversary event, among other titles.

According to current plans, AMC hopes to open two-thirds of its theaters in time for the Sept. 3 release of the Warner Bros. film, “Tenet,” much postponed as the pandemic became more grave and long-lasting. Some theaters also will be open in time for the Aug. 28 premiere of Disney’s “The New Mutants.”

Regal Entertainment Group and Cinemark USA, the second and third largest chains, have announced plans to open Aug 21, in the places where authorities permit it.

AMC said it will also offer some $5 food offers at the concession stands and double points for members of its AMC Stubs movie club.

Going to the movies at AMC might be just as interesting for the pandemic precautions as the movies themselves. Along with a list of new cleaning procedures, the company said it will only sell a limited number of seats per performance “to allow for appropriate social distancing between parties.” And the theater chain will provide hand-sanitizing stations and disinfectant wipes.