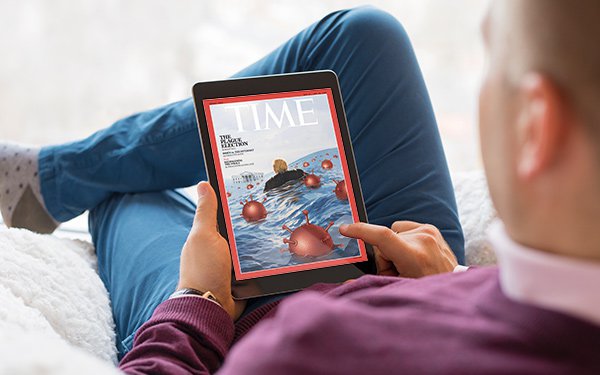 magazine’s digital revenues in the second quarter surpassed its print revenues “for the first time in our brand’s history,” according to a staff memo sent by Timepresident Keith Grossman.

The New York Times made the same announcement earlier this month. In Q2 2020, The Times brought in $185.5 million in revenue for digital subscriptions and ads. Print revenue for the company in Q2 was $175.4 million.

Time’s "Top 10" partners have invested more with the brand year to date in 2020 than the Top 10 partners did in all of 2019, thanks to a shift from category to account specific coverage, according to Grossman.

The company has two subscription revenue streams: Time Magazine and the Time for Kids’ print product.

Two weeks ago, the company began price testing a third revenue stream: a Time for Kids digital subscription. The product will have a larger rollout in September, Grossman wrote in the memo.

By the end of the year, the company’s goal is to at least double the number of recurring revenue streams, through the launch of Time for Kids, as well as Time digital subscriptions, he added. Time also plans to launch a new consumer app.