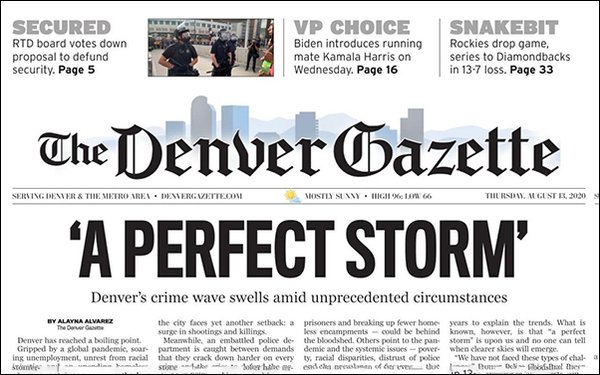 Billing itself as an “interactive newspaper,” the site will begin publishing on September 14.

The Denver Gazette has 50+ staffers and contributors and will publish news, investigative journalism and local opinion pieces.

Every morning at 5 a.m., The Denver Gazette will distribute a digital newspaper to readers’ inboxes, with integrated video, audio and other multimedia content.

"The timing and market dynamics aligned, making this the ideal time to launch a next-generation newspaper that will satisfy a growing demand for trustworthy, locally-owned journalism,” he continued.

Readers can register on The Denver Gazette site to get free access for three months. After the free trial, the publisher is offering an introductory subscription rate of $9.99 per month or $99 per year.

News pages will be free of advertising.

Readers will be able to adjust text size and listen to audio versions of articles. The Denver Gazette will also have a dedicated app.

“Since our purchase of The Gazette in Colorado Springs in 2012, our staff has won over 400 national and local journalism awards,” he added.

It will also include a regular feature looking back at historically significant moments through archived articles and imagery from The Rocky Mountain News, which was published in Denver for nearly 150 years until its closure in 2009.