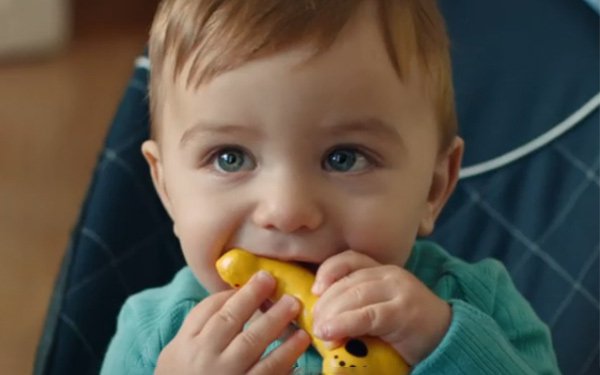 Ever drop a cell phone into a toilet?

Or discovered a baby gnawing on a dog’s chew toy?

A new campaign from probiotics brand Culturelle links these ways of making contact with unwanted bacteria to immune system wellness by mixing science with humor.

Although Culturelle has more than 30 years of research behind its products, science gets just a passing mention in campaign spots from the Terri & Sandy agency — which won the Culturelle account last December.

In a television spot titled “Multitasking,” a harried woman in a bathroom juggles makeup, a piece of toast and a cell phone before the phone slips from her grasp and lands in the toilet.

“Multitasking isn’t an exact science,” a voiceover intones. “Supporting your immune system is, with Culturelle’s probiotics.”

A second TV spot, dubbed “Parenting,” shows a dad working feverishly on a laptop computer as he chastises his dog for making too much squeaky noise. Only when he turns around does he realize that his baby is chewing on the dog’s toy.

The overarching campaign theme, “Thank Science for Culturelle,” promotes a variety of products for babies, kids and adults.

“We wanted to marry it with something that had some heart and humor in the world right now,” Terri & Sandy group account director Drew Halpern tells Marketing Daily.

“We wanted this to not feel like something sterile, with scientists and lab coats.”

The target audience across TV, digital and print is adults ages 25 and older.

“What we looked for was this consistent state of mind,” says Halpern. “The type of consumer who really cares about their health and their family’s health, is interested in learning and finding way to improve on their health. That’s the mindset we went after.”

Other agencies involved in the campaign are Crossmedia and The Thomas Collective.