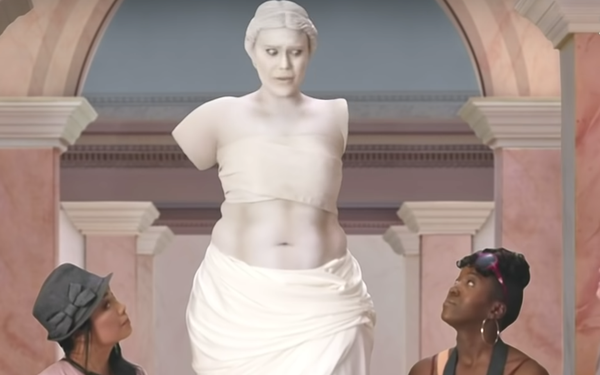 Shapermint, a brand built on supporting women in many ways, is reaching out to a new audience, giving unemployed, low-income women a boost when they're out job-hunting.

The D2C company, which recently moved its Venus de Milo ad campaign to national TV, teamed up with Bottomless Closet, a nonprofit based in New York that provides quality clothing, shoes and accessories to help women come up with the perfect interview outfit. They also get resume tips and interview coaching, as well as invitations to monthly workshops on personal finance and wellness.

But the need is greater now, he says. Some 83% of the women served by the organization are minorities, and 49% are single mothers -- both groups that have been clobbered by the pandemic.

"We chose to partner with them again, as these women were hit especially hard by both the economic and health-related effects of COVID-19," he says. "We're helping shape a better world by spreading confidence and assisting women with the support and encouragement they need, especially when facing challenging times."

Tirocchi says the cause-effort came about as the company continues to look for ways to "meet the moment and mindset of our community," especially its four million customers.

Shapermint had a big hit with Make the Call, a Mother's Day effort that urged people to stay away from mom to stop the virus' spread.  The company also made plenty of new connections with a push called “We Are in This Together,” raising $100,000 for frontline workers in partnership with the American Nurses Foundation.

Those efforts led to 100% year-over-year growth in May, followed by an 80% gain in June. Growth is continuing in the third quarter. "This is a critical point, where it is especially important to understand the external situation, listen to consumers and make specific decisions based on what they are looking for and anticipate what could come ahead," Tirocchi says.

Early on in the pandemic, the company saw an increase in loungewear purchases, with people buying leggings and comfy bras. Its gains in April and May also stemmed from department store closures.

"Women who normally bought shapewear in retail stores came to Shapermint and were able to have the same experience, browsing and buying multiple brands in one place," he says.

The company recently moved its goddess-inspired message to national TV, with the fun "Feel Like the Masterpiece You Are" campaign. The ad, which had been running on digital channels, is narrated by an upbeat Venus, utterly at peace with her missing arms and love handles. Her work pal, Mona Lisa, makes a guest appearance, too.

"The campaign was inspired by feedback from our customers who shared the key life moments when they need an extra boost of confidence," he says, "and tackles a new perception among some consumers that wearing shapewear perpetuates unrealistic beauty expectations. We're now taking this conversation mainstream through our television advertisements, as well as on YouTube, radio and podcasts."