All The President's Men, Yet Again 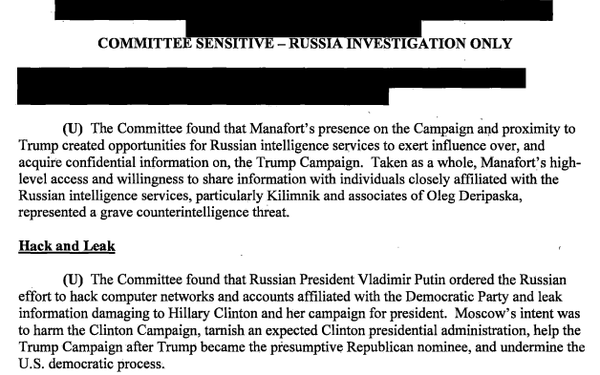 Nineteen years after terrorists used our own commercial airline industry as weapons of mass destruction against us, new information is coming to light about an equally nefarious, but far less visible attack on America using another one of our homegrown industries against us: targeted advertising.

Unlike September 11, 2001, the attack didn’t end in one day. It has been going on for at least five years, and if anything, it’s getting worse as hostile foreign actors -- principally Russia -- develop new and increasingly sophisticated means of using our own data and targeted advertising platforms against us.

On Thursday, the U.S. Treasury Department announced new sanctions against a Ukrainian lawmaker, accusing him of being an active Russian agent working with Moscow on a “disinformation campaign” to influence America’s next election.

The Treasury Department did not disclose details of the agent’s efforts, but the agent is known to have close ties to the President’s personal lawyer, Rudy Giuliani, who collaborated with the active Russian agent to help spread disinformation about Joe Biden during the President’s impeachment.

The revelation that operatives close to the President are once again working with Russian agents to influence the Presidential election should be as shocking as the 9/11 attacks, but when asked by CNN about his connection, Giuliani’s response was “who cares?”

We all should, especially after a bipartisan Senate Intelligence Committee report confirmed that the President’s 2016 campaign manager, Paul Manafort, collaborated with an active Russian intelligence officer, Konstantin Kilimnik, to influence that election.

In his just-published book, “Compromised,” the former FBI agent overseeing the bureau’s Russia probe discloses that Manafort provided Kilimnik with detailed data about American voters that could be weaponized to target them with disinformation.

Whether and how much that data was used to disrupt the 2016 election, it is well established that Russia successfully mounted a sophisticated influence campaign to disrupt the Presidential election utilizing targeted data and digital advertising platforms such as Facebook.

As tragic as the 9/11 attacks against America were, we responded immediately to defend ourselves against similar future attacks, dramatically altering the way our commercial airline industry operates, and fighting the terrorists and the nations that sponsor them.

The tragedy of the 2016 presidential election attacks is that we have done little to deter them, they are still going on, and people close to the President still appear to be collaborating with them.

Over the past four years, we have received many complaints and comments asserting that columns like this consistently criticize only Republicans. Speaking for my own opinion pieces, especially “Red, White & Blog,” I can tell you that’s not true. I am not affiliated with any political party, and I respect Republicans, Democrats and Independents equally, even if I don’t always agree with their policies. What I don’t condone is people of any political persuasion who would seek to undermine American democracy, especially when they are working with hostile foreign powers to do it.

And I’ll continue to speak out against it.