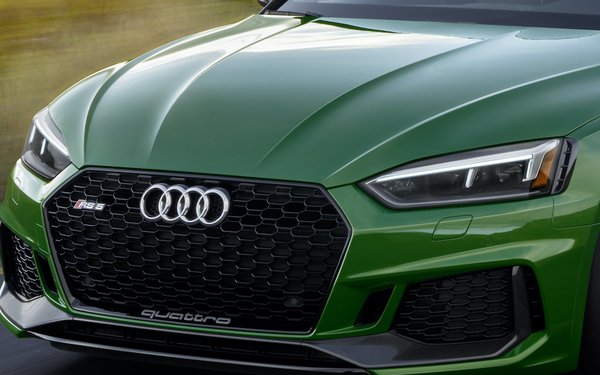 Audi of America is collaborating with iHeartRadio to bring drivers across North America an industry-first experience.

The Hybrid Radio experience will allow users to keep listening to their favorite stations, even when out of range of the signal via the integrated 4G LTE Wi-Fi hotspot.

IHeartRadio is rolling out Hybrid Radio compatibility with more than 600 stations across North America.

Audi is introducing Hybrid Radio on select 2021 vehicles, which begin to go on sale across the United States in September.

Vehicles with the new MIB 3 infotainment suite will include Hybrid Radio, which allows listeners with an Audi connect Prime or Plus subscription to switch between broadcast and digital radio signals when they have entered or exited radio signal territories for uninterrupted listening.

When the vehicle is cycled off and on again, it is able to retain the radio station, picking up the digital radio channel via internet connection.

Among the first to bring its digital radio channels to RadioDNS standards that allow for Hybrid Radio, iHeartRadio is rolling out more than 600 of its radio stations throughout North America in its initial integration phase.

The partnership will allow Audi to continue to bring new conveniences to its customers, says Pom Malhotra, director, connected services, Audi of America.

Radio has always been the consumer’s No. 1 choice for companionship in the car, said Michele Laven, president of Strategic Partnerships Group for iHeartMedia.