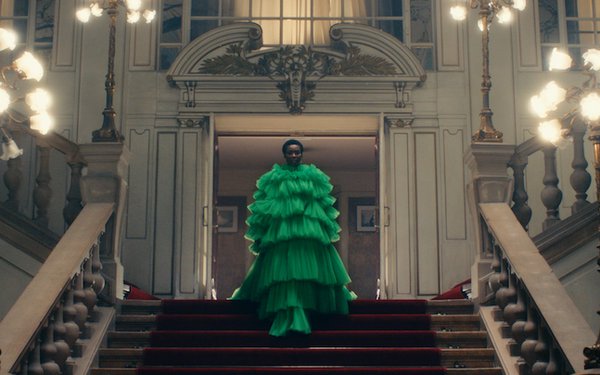 The ads reinforce how the brand helps move big ideas forward thanks to its full suite of digital creative tools, says Julia Shapiro, senior director of marketing at WeTransfer.

“The goal of this campaign is to inject a little optimism into the doom and gloom that we’re seeing in the media right now,” Shapiro tells Marketing Daily. “The creative community has been hit hard this year.”

In a recent survey of 30,000 people who serve in creative industries, 55% of the brand’s users said they felt more uncertainty about the future than ever before, she says.

“And while it’s easy to feel paralyzed by that doubt, we also know many creatives will see this as an opportunity to rethink some of the things that aren’t working,” Shapiro says. “In fact, roughly half of our users said they had more ideas right now than ever. This campaign is a rallying cry to share those ideas with the world.”

Everyone doubts themselves somewhere along their creative process. It's what makes us human, says Marika Wiggan, strategy director, Preacher.

“We are constantly told by other key players in the creative space to silence that voice as a harmful ‘critic,’” Wiggan tells Marketing Daily. “The strategy behind our campaign was to do the exact opposite, encouraging people to embrace the doubt they feel and use WeTransfer's suite of tools to harness it and help make their ideas better.”

The hero is a 75-second online spot. Both 60-second and 30-second versions will run online and with streaming partners like Hulu, along with 15-second cuts specific to each part of the featured products.

A second 30-second spot will run Hulu as part of a placement where viewers can choose their own ad experience — to watch the final spot, or a version on how it was brought to life using individual WeTransfer tools.

Videos and high-impact takeovers will also run across creative communities, and sites like Genius, HighSnobiety, VICE and Soundcloud.

Additional activations include Sunday newsletters in The Hustle, featuring  long-form editorial with elements, graphics, and charts created using WeTransfer tools. Podcast spots will also run on Song Exploder and 99% Invisible -- for which Preacher created live-read audio scripts for the hosts -- including a custom Song Exploder episode interviewing a prominent musical artist about how they harness their doubt in their creative process.

Since launching in 2009, WeTransfer has been committed to supporting the creative community. The company donates 30% of its advertising space on its global platform to raise awareness for artists, creative work and causes that align with its mission.

This year, in light of the pandemic, WeTransfer donated an additional 500 million ad impressions on its homepage wallpaper to showcase the work of artists and organizations that support them.