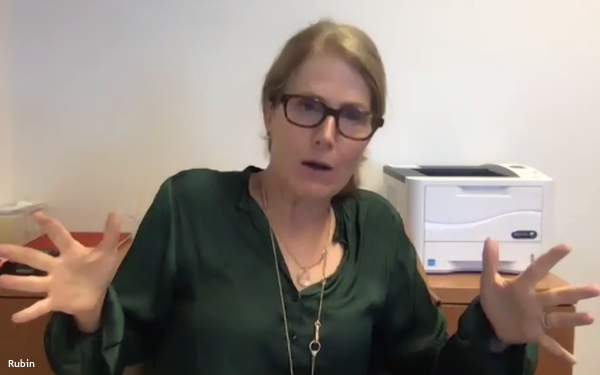 After the 2007 financial crisis Goldman Sachs, became a poster child for American distrust of the banking and investment system.

The upside is what the company learned about rebuilding trust and the “branding challenge,” which has positioned it to better navigate during a pandemic.

Rubin, who has been at the company for over 20 years, has been through a lot of ups and downs.

“There were forces both internal and external hitting us during the financial crisis,” she says. “Internally, we were facing a tremendous backlash by the media and politicians.”

Externally, the general public was discovering Goldman Sachs, and not necessarily in a good way.

“Before the financial crisis, we didn’t really have a consumer franchise. We hadn’t courted them,” Rubin says. The crisis was a “crystallizing moment,” an awakening. “We realized brand building was necessary.”

The company had to build the brand from scratch.

“Content was the core of the effort,” Rubin says. “We weren’t selling anything -- we were trying to court public opinion and build relationships. We were trying to create a value exchange.“

That can’t be accomplished in a 15-second pre-roll or even a 30- or 60-second TV commercial. It’s a longer story, one that takes two to three minutes to tell, she says.

“We wanted to talk about things we did that others didn’t realize we did” -- like helping small businesses and helping women-owned businesses, she says. “Those were longer stories of interest that needed to be told. Digital was the place to do it.”

The company created serialized video programs via GSTV, its own internal TV studio.

“The last couple of years, we have brought in people with journalistic backgrounds to create stories,” Rubin says. “It was a little bit of test and learn.”

The brand has also made itself known on social media, including with top executives empowered to do their own posting. The result was consumers experiencing the brand in a genuine way.

“Social can go south really quickly if you aren’t using that platform in an authentic way,” she says.

“You can’t stop comments,” she says. “You can’t over architect and strong-arm the natural narrative that’s going to happen.”