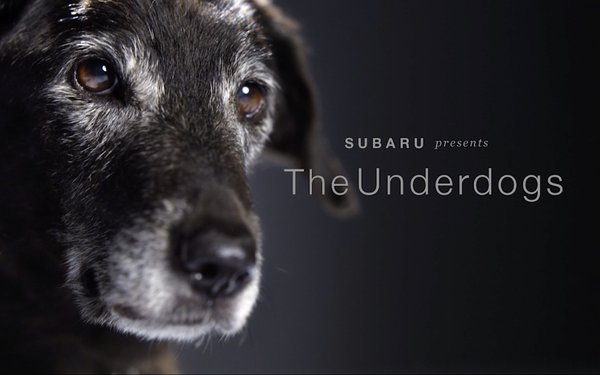 Subaru of America will once again spotlight the last-to-be adopted shelter dogs for the second annual “National Make A Dog’s Day” on Oct. 22.

The automaker is bringing back the “Subaru Loves Pets” initiative, dedicated to helping pets in need, for the entire month of October.

The campaign, created with Carmichael Lynch, focuses on special-needs dogs, such as seniors, amputees, visually and hearing-impaired dogs, and those with congenital disabilities and physical challenges. It continues the tagline "Subaru, more than a car company."

In addition to helping find shelter dogs loving homes, Subaru invites dog owners who already have a furry friend in their family to do something extra special for their pup and then post accounts in social media  using #MakeADogsDay on Oct. 22,

Additionally, the spots will run across larger cable networks such as AMC, Discovery and FX. A mix of 30-second and 15-second spots will also run across Subaru digital video platforms along with a high-profile Solo Ad running on NBC streaming service, Peacock.

These partners will use running footage from the Subaru Underdog shoot and adapt it to create social-first assets in a way that is authentic to their brand voice and tone, says Brian Cavallucci, national advertising manager of Subaru of America, Inc.

Additionally, Subaru will tap into ArtHouse’s influencer network to highlight the importance of adoption.

Close to 600 participating Subaru retailers will hold socially distanced in-person and/or virtual adoption events throughout the month, and donate $100 for every pet adopted this month to 600 local shelters across the country.

For last year’s effort, Subaru partnered with National Geographic, taking over its feed for 24 hours to celebrate and showcase the “Underdogs.” The partnership surpassed 4.2 million likes, making it the most successful branded partnership on Nat Geo in 2019.

Subaru also partnered with Amazon last year, raising more than $164,000 in donations for the ASPCA.  The Amazon campaign was "very successful," but because of "budget shifts," the automaker did not renew the deal this year, Cavallucci tells Marketing Daily.

The brand learned a lot from last year’s campaign, he says.

“Since that was our first year doing this, it was important to keep the ingredients that helped the campaign to be successful while building on our learnings,” Cavallucci says. “So, this year, we wanted to make sure that all of the dogs featured in the spot are ‘quick reads’ for the categories of hard-to-adopt dogs.

"We also wanted to make sure they are being shown in the best way possible, so you will see a bit of a ‘heroic’ approach to the way we filmed them. So it feels familiar, but also evolved and different from last year’s campaign.”