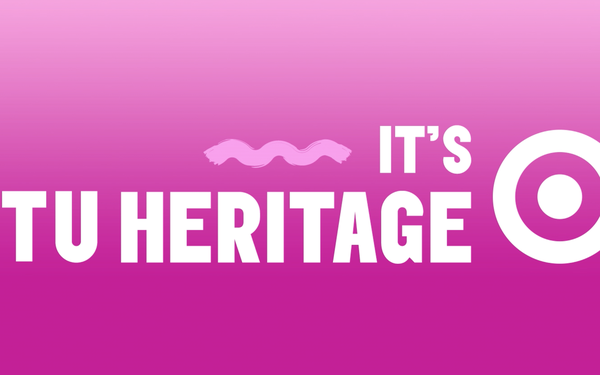 Target, which has long made reaching out to Hispanic consumers a strategic priority, is trying something different, with a new campaign to bring all elements of the bicultural experience to life: food, music, arts and products made by Latino companies.

The new push, timed to Hispanic Heritage Month, is called “Más Que,” or "more than." A spokesperson for the Minneapolis-based retailer says the new marketing effort "is based on our insights and an understanding of our Latino team members and guests, who told Target that they want to be recognized by who they are, not who they were." And it emphasizes "an array of cultures -- Latino and American, where language can be English, Spanish or Spanglish."

For the first time, Target is highlighting products made for this market, including Honey Baby Naturals, Siete Foods, Café Don Francisco and Lil Libros.

While those promotions are scheduled to run through the end of October, the Más Que marketing hub will be year-round, with videos featuring artists and entrepreneurs, Instagram stories and other digital assets. Those include stories that feature Major League Soccer pro Osvaldo "Ozzie" Alonso, a Cuban soccer star with the Minnesota United Football Club, and Armando Silva, a Mexican artist and muralist.

Hispanic Heritage Month, launched back in 1968 as National Hispanic Heritage Week, has expanded to a full month, starting on Sept. 15. (It's the day that marks the independence of Costa Rica, El Salvador, Guatemala, Honduras and Nicaragua.)

The event has grown in importance as the Hispanic market in the U.S. has swelled. The U.S. Census Bureau reports that at 60.6 million, it's the largest minority in the U.S, accounting for almost 19% of the population. And as of 2019, 12 states -- Arizona, California, Colorado, Florida, Georgia, Illinois, New Jersey, New Mexico, New York, North Carolina, Pennsylvania and Texas -- now have more than 1 million or more Hispanic residents.