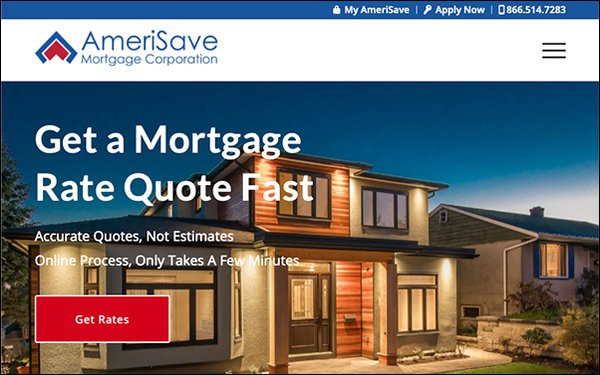 Horizon Media’s direct marketing agency Horizon Next has been awarded an AOR assignment for AmeriSave Mortgage Corporation, best known for being a pioneer in the digital mortgage space.

The award is effective immediately and will be managed by the New York office of Horizon Next. Estimated annual media spending on the account is $75 million, according to sources. The incumbent was Digital Media Solutions.

AmeriSave offers borrowers an online approval process, which has helped the company thrive during the pandemic. It recently announced plans to recruit and hire more than 2,000 new employees over the next six months.

The agency will serve as AOR across performance, linear TV, OTT, search, social and programmatic, and is tasked with driving increased volume of qualified consumers through the client’s purchase funnel.

The agency’s proprietary data and targeting platform, known as blu.platform, was said to have helped seal the deal.

“I saw an immediate opportunity for our business when I read in the press about how Horizon Media utilizes data within their proprietary blu. platform,” stated Patrick Markert, CEO and Founder of AmeriSave Mortgage Corporation. “Implementing true people-based marketing at scale is central to the success of our business model.”

“As AmeriSave looks toward growth, the team at Horizon Next is excited by the business challenge of growing top of mind awareness while continuing to drive sales and mortgage purchases,” added Gene Turner, President of Horizon Next.

Turner led the launch of Horizon Next ten years ago with two people and $10 million in client billings. it now has 300-plus employees, offices in New York, Los Angeles and Toronto, and invests over $2 billion on behalf of clients.