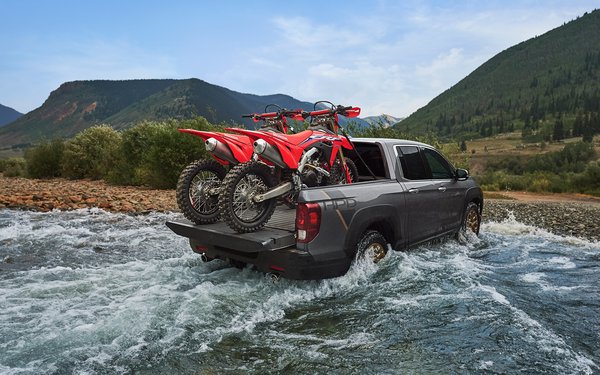 Actor and WWE star John Cena is the new voice of the Honda brand.

Cena makes his debut in a brand campaign from AOR RPA that features the 2021 Passport and Pilot SUVs, and previews the redesigned 2021 Ridgeline pickup.

His voice will be featured across all marketing creative for Honda cars and light trucks. The automaker has a multiyear contract with Cena, who is “incredibly well-aligned” with the Honda brand, says Ed Beadle, assistant vice president of Honda integrated marketing.

“He’s tough and strong, well-liked by people of all ages and demographics and very active in the community,” Beadle tells Marketing Daily. “And he’s a car enthusiast! Moreover, he is incredibly easy to work with and committed to his new role.”

Honda has had other iconic voiceovers, including actors Burgess Meredith and Jack Lemmon and, most recently, Jason Bateman and Fred Savage.

“Any time you are considering a change to the voice of the Honda brand, you spend a lot of time on the decision,” Beadle says. “We began with a focus on aligning with the values of the Honda brand and the desire for a strong, confident voice that also reflects the positive and thoughtful Honda brand image.”

While serving as the voice of the brand is not the same as a spokesperson, Honda wanted to find someone who would be relatable to Honda’s broad customer base.

“Based on the business strategy for our light truck lineup, we also wanted someone who would represent that ‘rugged’ story well,” Beadle says.

The effort breaks tonight during the NBA Finals on ABC and will be featured on such national sports broadcasts as top-rated NFL games and college football within SEC and Big 12 games on CBS and FOX.

The 60-second and 30-second spots will air on cable networks like TBS, Bravo and USA Networks as well as on-demand video platforms like Hulu, Watch ESPN and FOX Sports Go. The campaign also includes a Spanish-language version of the spot on Univision and Telemundo.

The campaign will extend across digital media properties and include social media, including a heavy presence on Pinterest, Snapchat and Reddit.

Running through 2021, it ultimately will feature a wide range of Honda adventure products including the Honda Talon sport side-by-side and CRF performance dirt bikes.

Honda has long been known for its durability and safety, but rugged capability and versatility is where the brand is looking to shift perceptions. Safety will continue to be a focus of Honda marketing, Beadle says.

“We want to wear our rugged capabilities a little more on our sleeves to help new vehicle shoppers recognize the true capabilities of our light truck lineup, which combines excellent on-road manners and surprising capability in off-road driving,” he says. “So, we intend to raise awareness that Honda light trucks are truly do-anything vehicles as [consumers] consider their next SUV or truck purchase.”