Hard To Be Positive As TV, Showbiz Take COVID Hit 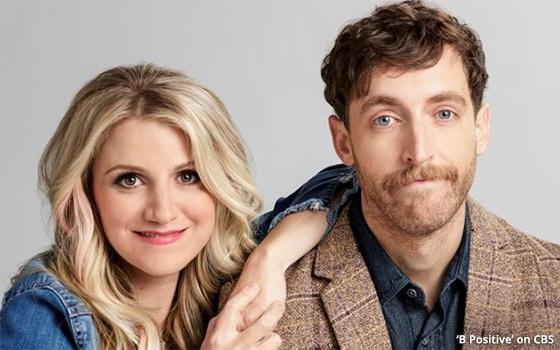 If there is one overriding question that can be asked about almost any area of our national life, it is this: When or if the COVID-19 pandemic ever ends, will [fill in blank] come back the same as before, or has it been damaged or changed now beyond repair?

This thought arose Friday from exposure to two stories in the news that morning.

One was a report on local TV news here in New York about our Broadway shows. The story was about how the live-theater industry had made a decision to defer a hoped-for reopening to next June at the earliest.

According to this news report, a whole host of unknowns came along with this delay decision, including the question of tourism, which the Broadway shows depend upon for their prosperity.

Even if the shows are up and running again at full throttle, there is no guarantee that tourists will be back next spring and flocking to Times Square in numbers anywhere near pre-pandemic levels.

Or it could be that tourism on that level will not be restored for a number of years.

Or even worse, it is possible the psychological effects of the COVID-19 crisis will be so deeply felt that tourism on that scale -- to New York or any large, urban cultural center -- will never come back.

If that were to occur, Broadway as we have long known it will not be sustainable either.

The other story was on the front page of The Wall Street Journal. It reported on a workforce restructuring at WarnerMedia instituted by parent AT&T that will “result in thousands of layoffs across Warner Bros. studios and TV channels like HBO, TBS and TNT,” the story said.

The story’s third paragraph likened the cuts to reductions already underway at Disney and NBC Universal, all for the same reason: COVID-19 is “draining income from movie tickets, cable subscriptions and television ads,” the WSJ reported.

Two of those categories are exclusive to the television business -- cable subscriptions and commercial sales.

Declines in both of them go hand-in-hand with other consequences of COVID-19 that are hitting the TV business all at once.

These include losing the ability to run the industry’s content factories (i.e., production studios) at full capacity, resulting in an acute shortfall of new product that is hitting both the broadcast networks and basic cable channels with more or less equal force.

The CBS sitcom pictured above -- “B Positive,” from producer Chuck Lorre -- is just one example of a show that was earmarked hopefully for a fall debut, but is now nowhere in sight. Neither is “The Equalizer” starring Queen Latifah in the title role.

Sports, long the backbone of the TV business, has also taken a hit with various sports having abbreviated seasons or playing their seasons out of season, and the unfortunate visual aspect of stadium grandstands populated with cardboard people placards.

Ratings, as compared to normal seasons, are not sustainable. Among other issues, many who would normally flock to pro playoff games are taking a pass because they feel that the abbreviated, rescheduled seasons undermine the significance of the championships these sports insist on staging.

Anyone who regularly watches or grazes through the broadcast and cable channels can see the woeful effects of the shortage of new programs.

In place of fresh content, we are seeing repeats, cheap docuseries and various improvised reality shows that look no better than the backyard video your teenage nephew just posted on his Instagram.

Most notably, the consequences of COVID have, for now at least, deflated any sense of excitement that TV once possessed or was capable of generating.

Back at the beginning of the pandemic lockdowns in March, many predicted that TV would prosper from so many people hunkered down at home with little more to do than watch television.

But here we are in October, and TV has long lost the head of steam that seemed so sustainable back then.

Nobody is talking about TV in general or any shows in particular today. Just about the last one that caught fire in that way was “Tiger King.” And that show started running on Netflix back on March 20.

Remember that? It was only six months ago, but feels like a lifetime.

Clearly, TV is suffering from a COVID-induced excitement deficit. After the pandemic is over, will TV ever be the same?