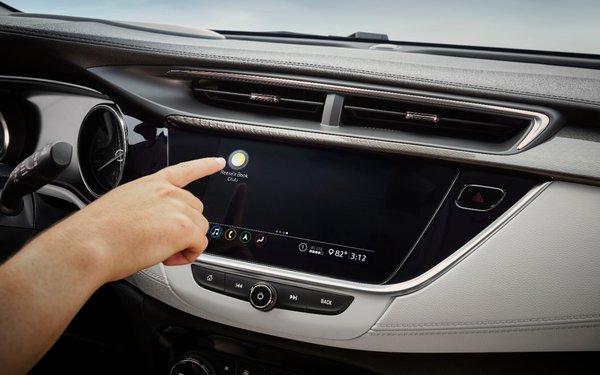 An in-vehicle touchscreen app will allow drivers to select from a specially curated collection of podcasts and audiobooks from "Reese’s Book Club."

The built-in app is now live in the Buick Encore GX with compatible hardware, with most other newer Buick models getting the app in early 2021.

Buick has a predominantly female customer base -- nearly 55% of Buick buyers are women, according to J.D. Power. Reese’s Book Club brings women-centered stories to life for its engaged community of more than 1.7 million followers on Instagram.

Every month, Witherspoon picks one book she loves with a woman at the center of the story and shares it with the book club.

Hello Sunshine creates and tells  stories that put women at the center. That’s something Buick wants to be part of, Hrabovsky says.

“As more women are making vehicle-buying decisions, we want to be thinking creatively about how to offer more driving experiences tailored for them,” she says in a release.