Will Consumers Fall Back In Love With DNA Testing? 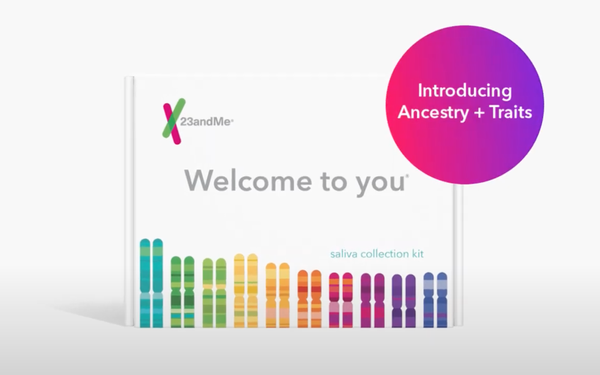 Genetics are on my mind lately. Maybe it’s the excitement of Jennifer Doudna and Emmanuelle Charpentier winning the Nobel Prize in chemistry for their work CRISPR, the gene-editing technique. Or the funny story in The New York Times about a newly discovered mutation that means some us can’t smell stinky fish.

Yet interest in D2C testing kits has cooled off. It’s hard not to notice all the coupon deals for Ancestry.com, for example, or that 23andMe is running sales, knocking $10 off at a time when it ought to be ramping up for full-price holiday push.

These kits were all the rage several years ago -- and one of the hottest holiday gifts of 2018. (I took one, and learned my family is fake-Irish.) But sales dropped off after the stampede of early adopters.

Both companies have had layoffs as a result, even as they look for new ways to use their large data banks. For example, 23andMe does know-your-roots tie-ins with Airbnb. And LivingDNA, a British testing company, has teamed up with Gousto, a recipe-box D2C company, to offer DNA Dishes: meals tied to people’s ancestral roots.

Privacy concerns are growing, which is probably part of the reason interest is cooling.

But there are signs of a bounceback, in part because COVID-19 is making more people concerned with health. A new report from Research And Markets estimates the D2C testing category will have a compounded annual growth rate of 24% through 2025, fueled by paternity testing and the rising prevalence of hereditary diseases.

Plus, there’s growing evidence that when consumers get health-related information from their testing results, it motivates them to make healthier decisions. In a new study from 23andMe, published in the journal Molecular Genetics & Genomic Medicine, researchers demonstrate that direct-to-consumer testing sometimes leads people to have critical conversations with healthcare providers. And in some cases, they can change their behavior in ways that lower the risk of developing a genetic disease.

“Most study participants reported that knowing their genetic risk was an advantage,” writes co-lead author Sarah L. Elson, Ph.D., a 23andMe senior research program manager, in its announcement. “Many of those who learned about their risk did what you would hope. They either talked to their doctor or made lifestyle changes to help lower their risk.”

The study is based on how some 2,000 people reacted to a report on the hereditary risk of thrombophilia, a blood-clotting disorder.

After testing, most consumers in the study -- 78% of those with a risk variant and 58% without -- said it was helpful to have that data. Just under half used that information to start a conversation with their provider. About 30% started exercising more.

The study follows previous research from the company, demonstrating that learning more about breast cancer risks also encouraged participants to talk with doctors and increase testing.

Will that kind of impact be enough to inspire more people to spit into a test tube? Maybe. And if doing so helps people dodge a serious health condition, that's bound to be the basis of a significant D2C connection.