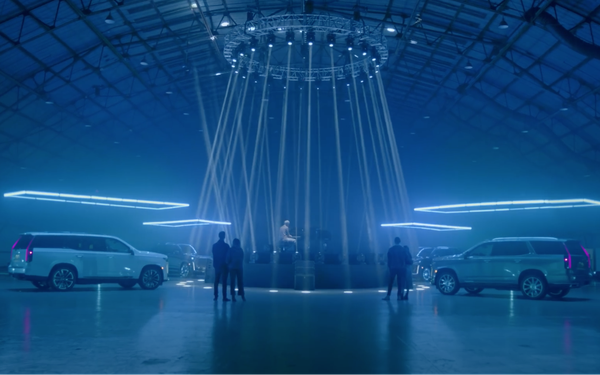 Cadillac partnered with Republic Records and Grammy Award-winner James Blake to give a select group of fans a first listen to the musician’s new EP, “Before,” via the new 2021 Escalade.

The promotion showcased the SUV's AKG Studio Reference audio system, which includes speakers in the headrests.

Following their ride, fans were surprised by an in-person performance by James himself. A 2:30 minute long-form video shows the entire experience, while a 16-second teaser shows the highlights.

The videos will be promoted across social and via media buys.

Republic Records has "a lot of artists coming out with new albums in the next month or so, which they shared with us,” according to the automaker. “When we saw James as one of them, we instantly knew he’d be the one -- he represents the idea of ‘never stop arriving’ to a tee. He’s incredibly hard working and always pushing the boundaries and working towards achieving the next thing.”

The stereo system is said to produce precision sound with meticulous detail in dynamics. AKG has brought its audio technology to the auto industry for the first time, exclusively for Cadillac.