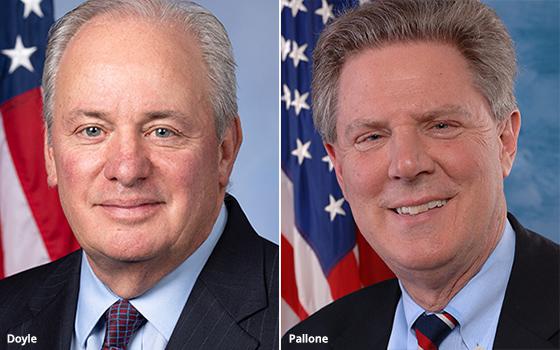 Federal Communications Commission Chairman Ajit Pai is engaged in “a blatant attempt to help a flailing President Trump” by aiming to influence social media companies in the remaining weeks before the election, two House Democrats say.

“It is shocking to watch this supposedly independent regulatory agency jump at the opportunity to become a political appendage of President Trump’s campaign,” Reps. Frank Pallone (D-New Jersey), chairman of the energy and commerce committee, and Mike Doyle (D-Pennsylvania), chairman of the communications and technology subcommittee, stated Monday.

The lawmakers were responding to Pai's statement that he aims to craft rules tying web publishers' protections under Section 230 of the Communications Decency Act to the companies' content moderation policies.

Section 230 immunizes online publishers from liability for speech by users. That law also shields companies from lawsuits over content moderation decisions -- including taking down posts, placing warning labels on them, or otherwise restricting them. (Even without Section 230, companies have a First Amendment right to decide what type of speech to ban from its platform. But litigating a First Amendment issue can be more complicated and expensive than defeating a lawsuit on Section 230 grounds.)

Section 230 has been under intense scrutiny since May, when President Trump ordered the Commerce Department to seek FCC regulations that could limit tech companies' immunity when they restrict or remove users' posts without a "reasoned explanation.”

The order came down shortly after Twitter alerted users to dubious claims in two of Trump's tweets. Trump, like some other Republicans, has repeatedly claimed that tech companies' polices are biased against conservative viewpoints -- despite a lack of evidence.

Numerous commentators -- including Sen. Ron Wyden (D-Oregon) and former Rep. Chris Cox (R-California), who authored the legislation -- have said the agency doesn't have any authority to weigh in on Section 230.

“On one point we can speak ex cathedra, as it were: our intent in writing this law was to keep the FCC out of the business of regulating websites, content moderation policies, and the content of speech on the internet,” Wyden and Cox told the agency last month.

Pallone and Doyle said Monday that the timing of Pai's decision “makes clear it’s being done to influence social media companies’ behavior leading up to an election.”

The lawmakers add: “From the start, Republicans have used the Section 230 debate to threaten social media companies when they remove or flag disinformation and extremism on their platforms -- all because of some baseless fantasy grievance that the internet is biased against conservative views.”