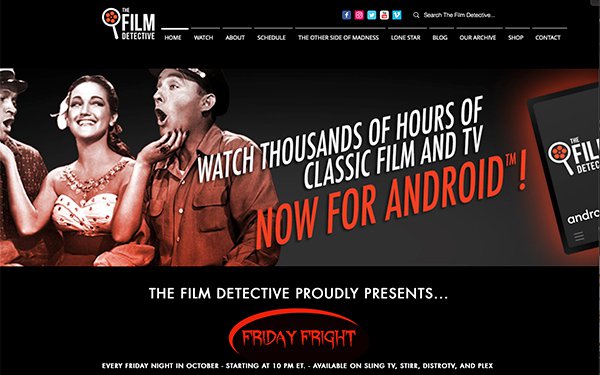 Cinedigm has enlarged its inventory and AVOD reach by acquiring the two streamers: The Film Detective and Lone Star.

The Film Detective counts 3,000 films and TV series, such as the Cary Grant-Rosalind Russell screwball comedy “His Girl Friday,” noir thriller "DOA" and the WWI classic “A Farewell to Arms.”  It has an estimated 10,000 individual film and TV episodes.

Lone Star, which specializes in classic Western films, such as "Tulsa" and "One-Eyed Jacks," and TV shows like "Bonanza," is currently distributed on Sling TV ad Distro TV.

Film Detective founder-CEO Phil Hopkins remains, but with a new title: president of The Film Detective. The streamer will continue to operate independently.

Chris McGurk, Cinedigm Chairman and CEO, stated: “The Film Detective’s library is currently profitable, and with synergies and expanded distribution, we believe we can quickly and significantly increase both revenues and profits from both the library and The Film Detective’s two streaming channels.”

The company will utilize Matchpoint, its tech platform, to expand distribution for the two new channels.