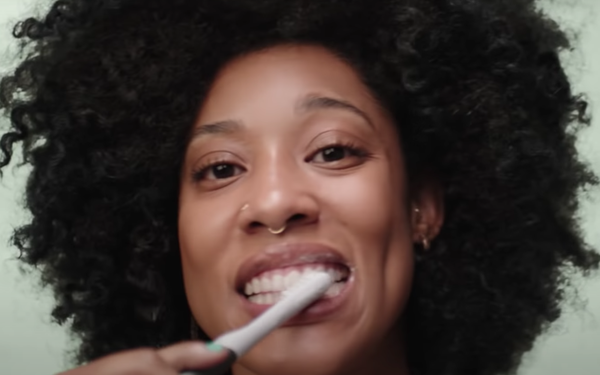 Quip, the fast-growing oral healthcare line, is rolling into Walmart stores. It’s already available at Target, Best Buy and Wegman's, and this greatly expanded retail reach is all parts of the company's plan to get people thinking differently about oral care.

Quip continues to sell its products directly to consumers, including with a subscription model. It is also stepping up its professional sales efforts, with a network of thousands of dental providers, says Simon Enever, CEO and co-founder.

"We're trying to get people to take a holistic view and understand that there are two parts to taking care of your teeth," he tells D2C FYI. "There's the personal side, what you do at home, and then professional care. Our goal is to show people how closely they're connected. How well you take care of your teeth and gums at home has a lot to do with what happens when you go to the dentist."

He co-founded the company -- which now has more than five million users -- back in 2014, based on an insight that struck him as obvious. ”People don't really like oral care. They don't like brushing their teeth. They hate flossing. Going to the dentist is a phobia," he says. "I wanted to apply design thinking to a major healthcare problem, one I think I can fix."

The industrial designer, a confessed LEGO nerd as a child, believes Quip’s success stems from its commitment to oral care as a design challenge rather than a business opportunity. "I didn't come at this out of business school. I'm an industrial designer, and design is at the core of our business and always has been. People can feel when a product is well thought out."

The Walmart launch includes electric toothbrushes for adults in both metal and plastic, kids’ brushes and toothpaste, as well as a new eco-friendly refillable floss string.

Flossing is a particular conundrum, Enever says. People really do hate it. And while about 50% of flossers do it the old-fashioned way, with floss wrapped around the fingers, another 50% use floss picks, particularly younger consumers. The picks are an environmental nightmare, though, not just as a single-use plastic object, but because they wind up tossed away on streets and …eww.

The refillable floss tools address the wasteful aspect and improve the process, making it easier for people to maneuver the floss between their teeth, the company claims.

Among Quip’s most significant marketing moves? ”We've somehow managed to make gifting a toothbrush something that people get excited about on holidays. It's probably one of our best achievements."