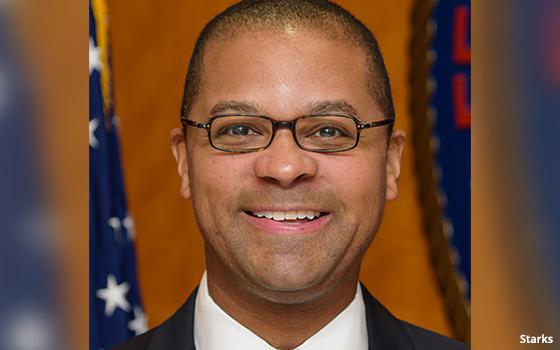 Concerns about location privacy could be scaring people away from using contact-tracing apps that aim to stem the spread of COVID-19, Federal Communications Commissioner Geoffrey Starks suggested Monday.

“We’re asking a lot of consumers in terms of understanding pages and pages of disclosures and terms and conditions,” Starks said Monday in prepared remarks for an American Bar Association and Federal Communications Bar Association symposium.

The FCC recently proposed fining four wireless carriers a total of $208 million for allegedly sharing subscribers' location data with outside aggregators. Starks called attention to the enforcement action, stating that he hopes it “will help deter other bad actors.”

"Location data is deeply personal and revealing. It is also ripe for misuse,” he said.

This isn't the first time Starks has weighed in on concerns about location privacy. Two months ago, he questioned AT&T and Verizon about their involvement with real-time bidding for location data.

Starks also touted the “life-changing power” of broadband, but suggested that broadband's benefits hinge, at least partially, on privacy and security protections.

“We won’t fully bring the benefits to all Americans if we’re advocating for bringing a connection into their homes that is insecure or unsafe,” he said. “That means we cannot allow data security and privacy to become luxury goods available only to the elite.”

The Obama-era FCC passed broadband privacy rules that would have prohibited carriers from drawing on subscribers' online browsing history to serve them ads, without their opt-in consent. Congress repealed that measure in 2017, before it took effect.