Even Without Prime Day, Amazon Sales Up 37% 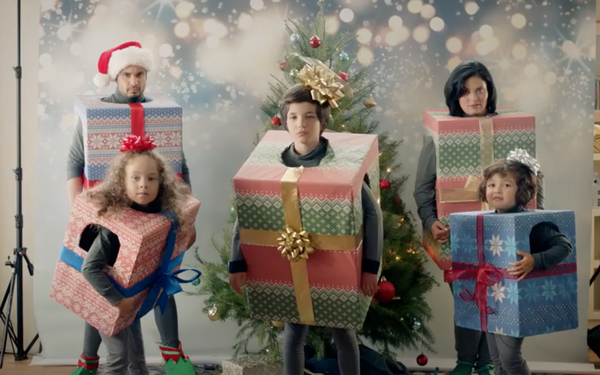 The world just keeps getting hungrier for what Amazon offers, with the company’s latest quarterly sales soaring 37%, to $96.1 billion. Easily beating Wall Street estimates, the company says its net income rose to $6.3 billion in the third quarter, compared with net income of $2.1 billion in the same period last year.

Net sales in its AWS division climbed to $11.6 billion, from $8.9 billion in the same period last year.

While the results don’t include Prime Day, the company expects the sales explosion to continue into the fourth quarter. “We’re seeing more customers than ever shopping early for their holiday gifts, which is just one of the signs that this is going to be an unprecedented holiday season,” says Jeff Bezos, Amazon founder and CEO, in its release.

Amazon did offer some hints about Prime Day’s impact. It says the two-day event encompassed the two biggest days ever for the small and medium third-party sellers in its stores, increasing 60% to $3.5 billion in sales. Prime members saved over $1.4 billion through deals and discounts, the company says.

While the gains are substantial, some see signs that Amazon’s lock on consumers may not be as complete as it seems.

“As the retail economy opened back up and other retailers ramped up their omnichannel services such as curbside collection, Amazon’s share of wallet dropped back a little,” writes analyst Neil Saunders, managing director of GlobalData, in his comment on the results.

Saunders says Amazon’s new numbers also bust two myths: “One is that online sales penetrations seen at the peak of lockdown represent a new normal. The other is that Amazon holds a monopoly position in retail and that it cannot be easily challenged by other retailers.”

Saunders says that so many rivals do a better job of integrating stores into omnichannel offers and are posting higher rates of online sales gains. “Competition is intensifying for Amazon,” he says.

He also called the 10% decline in Amazon’s physical stores discouraging, even as many grocery sales migrated online. With fewer people dining out, “Whole Foods’ status as a premium grocer for prepared foods should make its stores a major beneficiary of this trend.”

Amazon often uses quarterly announcements to outline achievements beyond the balance sheet. Among the dozens called out this time are the coming of Amazon One, a contactless way people can use their palm to enter, identify and pay in Amazon Go stores. The company touted the opening of the very first two Amazon Fresh grocery stores, both in Southern California.

The entertainment lineup which launched during Q3  included “Borat Subsequent Moviefilm," which premiered last week; season two of  “The Boys”; and the series “Breathe: Into the Shadows.”  “Without Remorse,” a film starring Michael B. Jordan and based on a Tom Clancy novel, is slated for 2021.