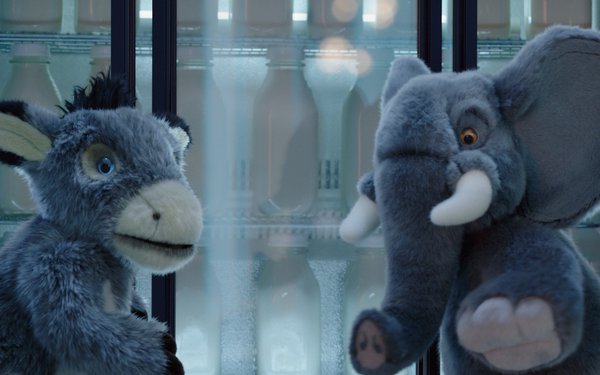 Oreo is hoping Americans can put aside their differences as the cookie company introduces “The Fair” just in time for Tuesday’s elections.

The creative, developed with The Martin Agency, serves as a modern-day fable by introducing a stuffed elephant and stuffed donkey at a local fair who initially despise and fight one another over who is best positioned to help a stuffed cat.

Eventually the pair realize they can only achieve their goal by working together.

“Oreo has always used its voice as a platform to spread positive messages,” states Justin Parnell, senior director, Oreo brand. “We hope this brings a respite from the negativity and divisiveness in the world right now and serves as a simple reminder of the strength we have when we all come together."

At a time when fostering collaboration and togetherness are so important, Oreo leaders say this ad was part of its ongoing use of its voice to inspire a more respectful, civil and connected society.

Mondelez International and The Martin Agency teamed up with visual effects company Framestore to develop this animated spot in an accelerated production cycle. Normally, a production of this size and complexity takes between 10-12 weeks. Framestore pulled off the effort in a record six-week sprint.

The spot debuted on digital on Oct. 29 and will run on select TV programming through Election Day. It already is proving to be popular among Twitter users. “The Fair” was published across the platform’s FirstView, what the company calls its “most valuable advertising real estate,” for 24 hours. When users first visit the Twitter app or log in to Twitter, the top ad slot in the timeline was this Oreo ad. Feedback was overwhelmingly strong, with more than 80% positive sentiment after seeing the commercial.  Given that reaction, the brand is exploring potentially running the spot beyond Election Day.