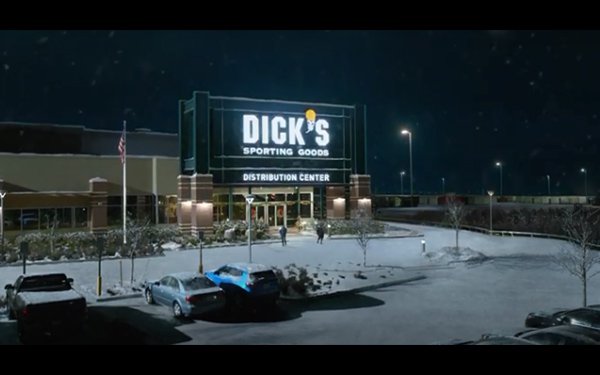 Last year for the holidays Dick’s Sporting Goods launched its first animated ad, ‘The New Kid,’ directed by Shawn Levy, the producer and director of "Night at the Museum" and "Stranger Things."

This year the company and its ad agency Anomaly brought Levy back to direct a “sequel” to last year’s effort, also animated, that is titled "Night At The Distribution Center." It features an array of sporting goods and apparel come to life, seen merrily preparing to become holiday gifts.

The new ad is set in a Dick’s distribution center and is designed to provide a behind the scenes look at the company’s ecommerce capabilities and the innovation that helps it fulfill online orders, which as the company points out is especially relevant with the upswing in online ordering due to the pandemic.

The 60-second spot is scheduled to debut this Sunday, Nov. 8, during "Sunday Night Football" on NBC, and will then run on national cable through Dec. 5.