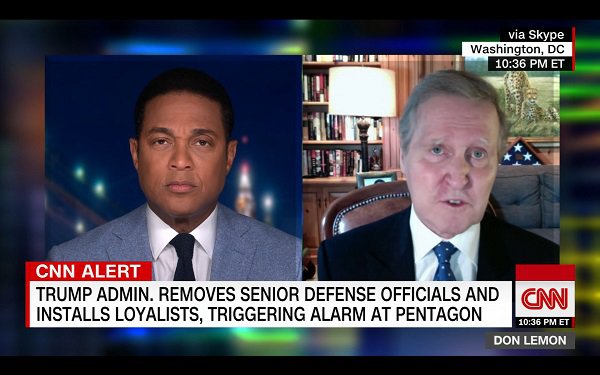 A reader wrote to a Wall Street Journal advice column this week asking what he or she can do to reduce high levels of stress and anxiety that have been fueled by too much exposure to -- and consumption of -- social media and news media, especially in recent days and weeks.

The column's response, published Wednesday in the WSJ, was lengthy. But in a nutshell, the advice was this: Turn off all that noise and focus on what's really important in your life.

Specifically, the column suggested limiting exposure to news and social media, not stopping it altogether -- although that is not such a terrible idea either.

The subject of this person's plea to a newspaper's advice columnist appealed to me because it dovetails with some thoughts I have been having recently (and not so recently too) about our news media and the damage it does to otherwise unsuspecting people who expect to be given facts but instead are force-fed opinions at a fever pitch.

Contrarian Alert: The contents of this TV Blog will likely fly in the face of the way many people feel about their responsibility to stay informed and on top of current events.

People -- especially Americans -- have long felt an obligation to stay current with national and world events as a kind of civic duty.

Isn't there a saying about the health of a democracy like ours depending on a well-informed populace … or something or other?

It is this feeling or inclination that we must all stay “well-informed” on the issues of the day that I have come to question recently. Perhaps it is a symptom of aging, but I have wondered lately whether this “stay informed” obligation is really the healthiest thing for me, and possibly for others too.

Many people today are feeling just like the person who wrote to the Journal advice column.

Friends and acquaintances will tell you they feel frazzled these days from overexposure to social media and news media.

On social media, their social circle is exchanging ideas and blaring their own overheated reactions to news events.

And news media has long been the place where hysterical partisanship has supplanted actual news. Just look at the above screen grab from Don Lemon's CNN show (picked at random to illustrate this blog).

Read the words on it. They include the phrase “CNN Alert” and other words such as “triggering,” “alarm” and “Pentagon.”

Look at the expressions on the faces of Don Lemon (left) and his guest, one-time Defense Secretary William Cohen.

Evidently, something serious is going on -- so serious that it warrants categorization as an “Alert.” If this segment was meant to “trigger alarm” among those who were watching it at home, then mission accomplished.

But this is the nature of all electronic news media these days. Facts and information are buried beneath a mountain of theatrics.

Personalities such as Don Lemon (and a few dozen others) are telling us every day that the sky is falling.

You want to know a secret that the Chicken Littles of the cable news channels won’t tell you? The sky is not falling.

Sure, the world's got troubles. But turning to today's opinionated media is no way to learn about it, much less deal with it. I have come to the conclusion that I do not have to stay “well-informed” on everything the TV newspeople are yelling at me about every night.

Instead, I am increasingly applying good, old-fashioned skepticism to much, if not all, of what I see and hear.

It is a trait I have long possessed anyway. But where TV news and social media are concerned, skepticism helps me discount the ravings of the likes of Don Lemon, Rachel Maddow, Tucker Carlson and their ilk, and the social media masses too.

Just because these people work on TV and anchor these news/talk shows does not mean they know anything more than I do about anything.

They don't spend their days undertaking journalistic investigations. Instead, they spend the hours before their shows preening and sitting in the makeup room getting their hair done.

Ultimately, what happens in the world is out of my control. More and more these days, I am just saying no to TV news.