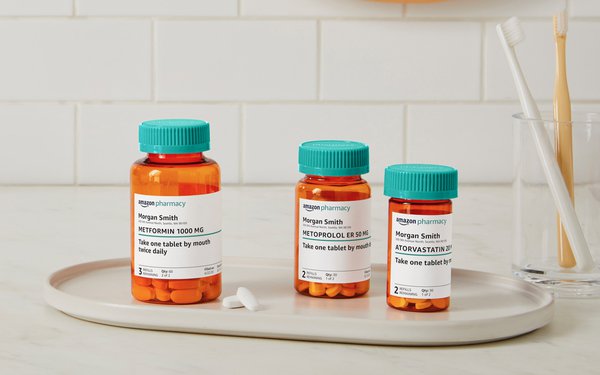 Amazon Pharmacy is open for business. And while the healthcare universe has long been bracing for the retail giant’s inevitable move into pharmacy, it’s hard not to admire the perfection of Amazon’s timing.

It’s been building its skills and personnel for years, with competitors like Walgreens, CVS, and Walmart nervously watching. With the 2018 purchase of PillPack for $750 million-plus, Amazon made its intention even clearer.

And now that consumers have spent the last eight months taking a crash course in online shopping and virtual health, the company is moving into a market valued at $1.3 trillion annually.

Amazon is offering not just the convenience Prime members are used to and greater transparency for shopping, but value, as well.

Analysts expect the move will help Amazon keep its growth momentum and attract new Prime members. “Amazon Pharmacy will create yet another benefit for its Prime members while potentially attracting new members and broadening its overall reach,” says Moody’s lead Amazon analyst Charlie O’Shea, in a statement following the announcement.

And while O’Shea believes Amazon can “absorb whatever costs [are] necessary to grow this segment into a meaningful competitive position,” he doesn’t think it will be a slam dunk. “Similar to its foray into food, Amazon will find itself facing formidable, deeply embedded competitors with voluminous store networks that are currently being heavily leveraged to support drive-through pick-up and home delivery,” he says.

Eric Coldwell, an analyst following developments for Baird, writes that Amazon finally taking the Rx plunge will spark changes throughout the industry. He points out that “pharmacy already faced many secular tailwinds that Amazon may amplify or accelerate.”

After Amazon acquired PillPack, there was an “explosion of other startup mail pharmacies in recent years that were potentially emboldened by Amazon dipping toes in,” he says. “These upstart pharmacies have forced retailers to step-up offerings on mail delivery (with challenges of shipping costs and reduced store traffic). It’s hard to imagine Amazon formally launching its pharmacy platform doesn’t continue or accelerate this trend.”

Amazon Pharmacy lets users create a secure pharmacy profile and then add insurance and prescription information, shop for the best deals and choose payment options. And while many insurers and retailers already offer prescriptions by mail, Amazon users will have a user-friendly (and by now very familiar) way to research brands, compare dosages and costs and read reviews.

The company says it plans to continue offering PillPack, which helps people manage multiple daily medications, as a separate service.

And it’s also offering a new Amazon Prime prescription savings benefit, which lets Prime members without insurance coverage save up to 80% off generic and 40% off brand name medications at more than 50,000 participating pharmacies nationwide. That program is administered by Inside Rx, owned by the same company as Express Scripts.