Facebook News To Launch In UK In January, Will Pay Publishers 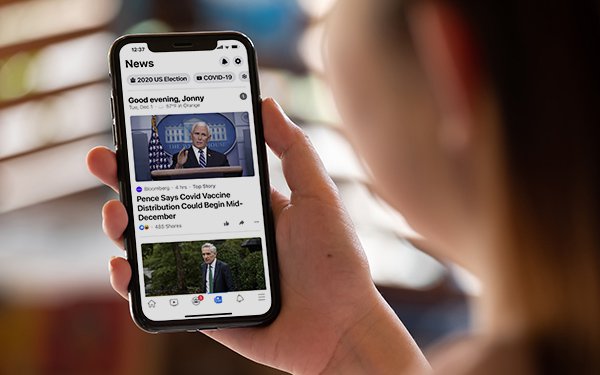 Facebook plans to launch a news service in the UK in January 2021, with a handful of publishers. Facebook News will compete with Google News.

“With Facebook News, we will pay publishers for content that is not already on the platform, help publishers reach new audiences and bring more advertising and subscription opportunities,” Jesper Doub, director of News partnerships, wrote in a post.

The move seems to provide advantages for all and will work similar to the way it does in the United States. It offers personalization based on pages the visitor follows and news the person has already interacted with previously.

France and Germany could come next, as Facebook looks to expand and collaborate with publishers worldwide to build out its News arm.

The company also said it will extend investments in the Community News Program in the UK, adding $3 million to support local journalism.

The pilot program enabled the National Council for the Training of Journalists to oversee the recruitment of more than 80 trainee community journalists and place them in nearly 80 local newsrooms.

The investment means a little more than half of the existing cohort, who came in as trainees to study for the Diploma in Journalism, could earn an additional year of training. Those trainees will work toward the senior level National Qualification in Journalism (NQJ). Dozens of new reporters will be recruited to train in some of the UK’s leading newsrooms as they study for NCTJ qualifications.

Facebook News will compete with Google News, offering curated and personalized top stories and delivering informative, reliable and relevant news. Readers will see the top headlines and stories of the day alongside news personalized to their interests.

The UK launch in January will build on the success Facebook News has seen in the U.S., Doub wrote, where the social network found more than 95% of the traffic Facebook News delivers to publishers is new audiences that have not interacted with those news outlets in the past.

Touting the news were several publishers such as Zach Leonard, chief executive officer of The Independent, David Higgerson, chief audience officer at Reach PLC; and Bobby Hain, managing director of broadcast at STV.