News Anchor Seeks To Revive Claims Over Photo Against Facebook, Other Web Companies 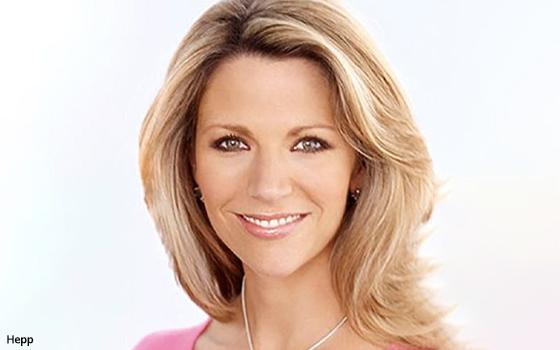 Philadelphia news anchor Karen Hepp has asked a federal appellate court to revive claims that Facebook and other companies violated her right to control the commercial use of her image by hosting dating ads and racy memes with her photo.

U.S. District Court Judge John Younge in Philadelphia threw out Hepp's lawsuit in June, ruling that Facebook and the others were protected by Section 230 of the Communications Decency Act.

That law generally shields interactive companies from liability over content posted by third parties, but it has some exceptions -- including one for content that infringes someone's intellectual property.

In papers filed on Monday with the 3rd Circuit Court of Appeals, Hepp's lawyers argue her claims against the tech companies fall within Section 230's exception for intellectual property claims.

The dispute dates to 2019, when Hepp, co-anchor of the morning show "Good Day Philadelphia," alleged in a federal lawsuit that a security photo of her taken at a New York City convenience store was being used in ads on Facebook for dating sites.

Hepp also sued other companies -- including Imgur and Reddit -- that allegedly displayed the image in a sexualized context.

She claimed the companies violated Pennsylvania's “right of publicity” law -- which gives people the right to wield control over how their names or photos are used in ads.

Facebook, Reddit and Imgur urged Younge to dismiss the case, arguing that Section 230 protected them from suit over images uploaded by third parties.

Younge sided with the tech companies.

He wrote that exempting violations of state laws, like Pennsylvania's right of publicity, from Section 230's protections "would have a negative effect on the development of the internet," and would therefore run counter to the purpose of Section 230.

Hepp is now asking the 3rd Circuit to reverse Younge's ruling and revive her claims. Among other arguments, she says Younge's reasoning “reflects an outdated policy concern.”

“While it may be true that the protections afforded Internet-based ... initially played a crucial role in creating what is now the modern Internet, the pendulum has swung fully,” her lawyers write.

They add that Younge's decision amounts to a “death knell” for Pennsylvania’s right of publicity.

“With clear immunity from any liability for right of publicity violations, defendants ... have no incentive to monitor and/or remove protected materials from their sites,” her lawyers write in a brief filed with the 3rd Circuit Court of Appeals.

But he added that Younge's decision in the case makes sense, because laws about the “right of publicity” differ widely across the country.

“It would be anarchy to expose internet services to liability for laws with substantial state variations,” he says.