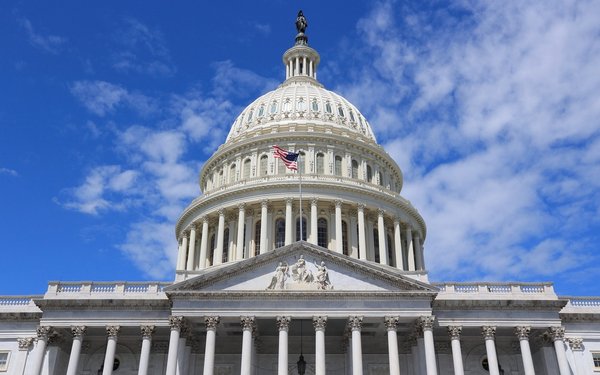 Rejecting a demand by President Trump, the Senate on Friday passed a defense-spending bill that doesn't include a repeal of Section 230 of the Communications Decency Act.

The House voted in favor of a similar defense-spending bill earlier in the week. Both chambers passed the bills with veto-proof majorities.

Earlier this month, Trump vowed to veto the defense-spending bill if it didn't also repeal Section 230 -- describing the 24-year-old media law as a threat to national security as well as “election integrity.”

Section 230 shields publishers from liability over posts by users that are defamatory or otherwise unlawful. Without that protection, web publishers could face the possibility of ruinous defamation lawsuits for comments posted by users.

While the First Amendment also protects those decisions, Section 230 can provide web companies with a faster route to victory when they are sued over those decisions.

That law has been under intense scrutiny in Washington since at least May, when Trump ordered the Commerce Department to petition the Federal Communications Commission for regulations that could curb web companies' protections.

Trump issued the order after Twitter alerted users to dubious claims in two of his tweets. Like several other prominent conservatives, Trump has claimed, without proof, that tech companies suppress posts expressing right-wing views more often than liberal ones.

Senator Ron Wyden (D-Oregon), who was one of the authors of Section 230, defended the law on Friday afternoon.

“Attacks on Section 230 are attacks on free speech, plain and simple,” he tweeted. “230 isn’t about helping Big Tech, it’s what protects the ability of individual users to be heard.”

He warned that repealing Section 230 would spur social media companies to squelch speech.

“Not a single #MeToo post accusing powerful people of wrongdoing would be allowed on a moderated platform without 230,” he tweeted.