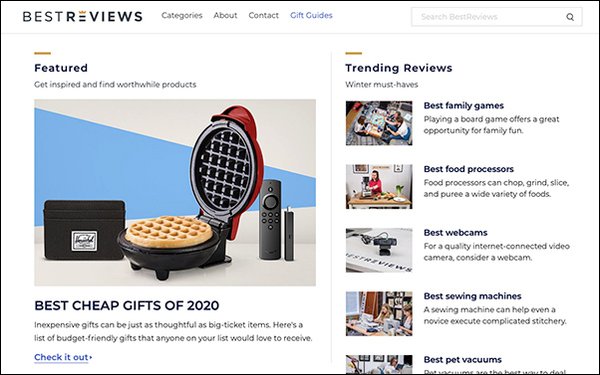 BestReviews LLC is 60% owned by Tribune and 40% by its founders, BR Holding Company, Inc.

Tribune will receive 60% of the cash selling price net of transaction fees.

The company will also enter a licensing and revenue sharing agreement for BestReviews content on Tribune Publishing websites.

The deal is expected to close by the end of this year, pending regulatory approval.

“This cash return strengthens our already robust balance sheet and provides financial and operational flexibility,” Jimenez added. “We intend to provide a clear capital allocation strategy in the near future.”

BestReviews has an audience of 9 million monthly visitors. It has published over 40,000 product reviews.It monetizes its content through a revenue share model with retail partners.

Last month, the company's third-quarter earnings report revealed total revenues for Tribune Publishing were $188.7 million, down from $236 million in Q3 2019, about a 20% dip.