COVID Was Year's Biggest Story In TV And Everywhere Else 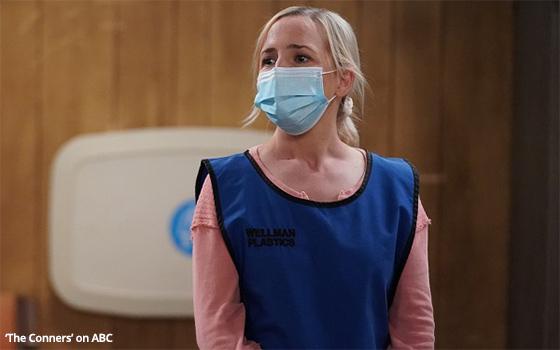 The story of COVID-19 was not a TV-only story in 2020, but the pandemic and its consequences were as deeply felt in the TV industry as anywhere else -- which makes COVID-19 the year’s top story in television.

Here in the TV Blog, the subject of COVID first appeared on March 6, and went on to get mentioned in 50 blogs (out of a total of 256 for the year). Of those 50, the word “COVID” appeared in the headlines on 16 of them.

For TV in 2020, COVID was a disruptive force. Production on new shows was delayed through the summer and early fall. The May upfront presentations were canceled and the upfront marketplace itself was undermined.

The start of the fall TV season was derailed. And numerous news and talk shows had to make arrangements for their personnel to beam themselves in from home with results ranging from OK to terrible.

However, with so many Americans sheltering at home, TV -- i.e., content streaming -- became even more dominant as the primary source of entertainment for a stay-at-home nation.

For TV's burgeoning streaming sector, the pandemic and the new at-home viewing habits it spawned came at a time when the streaming business was poised to grow anyway. The pandemic gave it a boost, however.

Two of the majors launched just this year -- Comcast's Peacock and WarnerMedia's HBO Max. And the other new majors -- Disney+ and Apple TV+ -- had only been around since fall 2019.

No one likes to profit or derive a benefit from a pandemic, but the streaming business nevertheless got a shot in the arm from COVID.

Before the year was out, another major player unveiled its own plans to enter the streaming fray -- Discovery Inc., which is curating its huge portfolio of unscripted, lifestyle shows into one service called Discovery+, scheduled to launch on the first weekday of the new year, Monday, January 4, 2021.

For the makers of new, contemporary scripted comedies and dramas, COVID presented a creative challenge. To mention COVID or not to mention COVID -- that was the question.

The result was that some shows (such as “The Conners” on ABC, pictured above) put the pandemic front and center, while others pretended it did not exist.

And then came the protests and riots over the death of Minnesotan George Floyd, an African-American, at the hands of Minneapolis police.

The story coincided and intersected with the year's other big dueling stories -- COVID and the contentious election campaign season -- to bring tremendous pressure to bear on TV news.

Generally speaking, this was the other big, overriding story in TV in 2020 -- the role of TV news and whether it acted responsibly in reporting on the year's crucial stories, or fanned the flames of division by practicing partisanship at the expense of neutrality and facts.

Certainly, the partisan nature of the “news” on our three major cable news networks had already been well-established long before 2020 came along. But this year perhaps more than any other year in recent memory, a viewer was challenged like never before to separate opinion and bias from real news.

The result was an increase in distrust of our national news media just at a time when we could have all benefited from a news-and-information apparatus we could depend on.