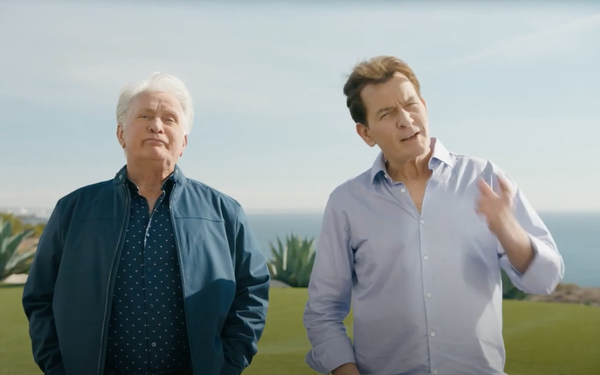 SingleCare is returning to the airwaves with a new campaign featuring Martin Sheen that includes an appearance by the actor’s son Charlie Sheen.

In last December’s inaugural SingleCare ad, Sheen discovered how the app can save consumers up to 80% on their prescriptions. This new effort reinforces that positioning while highlighting how the SingleCare price regularly beats the price of an insurance copay.

One spot shows Martin Sheen repeatedly video chatting with his favorite pharmacist to ask her questions about how acquaintances of his can save on their prescriptions, a format which should feel familiar to viewers who have had to increasingly rely on video calls and technologies to stay connected with friends and family this year.

This message is especially pertinent this year, as the pandemic has caused millions to lose their insurance benefits. A SingleCare survey found 45% of respondents reported skipping a prescription or refill because it was too expensive.

“We want to be an avenue that people can turn to to help with the affordability of their prescription medications,” says Gaurav Misra, president and CMO of SingleCare, in a release.

The company also is partnering with Emmy-Award winning comedian and actor John Leguizamo for the brand’s first Spanish-language campaign, which debuts next week.

In the new campaign airing on national TV and online, Leguizamo addresses the high cost of prescription drugs and lack of price transparency that U.S. consumers face when filling their prescriptions. The spot highlights the launch of a Spanish-language version of its website.

Latinos are nearly three times more likely to be uninsured than non-Hispanic whites, which can create greater barriers to healthcare access and financial hardships, according to the company. The new website comes at a time when the Hispanic community is especially in need of access, with the COVID-19 pandemic disproportionately affecting Latinos, according to the company.

Creative shows Leguizamo teaching his mother (played by an actor) how to save up to 80% on prescriptions with SingleCare. While picking up her medication at the pharmacy, he shows her how easy it is to save.

All ad creative and production is managed by The Boathouse, with media planning coordinated through Two Nil.