Good Grief! It's Christmas, But Where Are You, Charlie Brown? 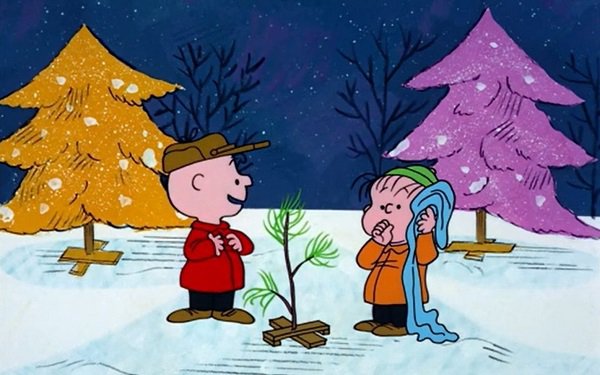 It feels like a fitting symbol of the current era in media that an animated Christmas special that was (and possibly still is) the most beloved of all the perennial holiday shows that originated in the network-television era is now so difficult to find that for all intents and purposes it has disappeared.

Representatives of Apple TV+ and PBS might disagree with that assessment, but the bet here is that if you went out on the street and asked a thousand people today if they had any idea where or how they could watch “A Charlie Brown Christmas” during this holiday season, they would have no idea.

However, if among those 1,000 people you happen to come across an Apple TV+ subscriber or two, they might be aware that “A Charlie Brown Christmas” is available to them.

This is because Apple TV+ bought the rights to all of the Peanuts TV specials in a deal announced just this past October.

As a result, “A Charlie Brown Christmas” is now absent from network television (i.e., “free” over-the-air TV) for the first Christmas season since it first premiered on CBS on December 9, 1965.

If there is an “asterisk” to be affixed to that last statement, it is this: Apple TV+ did offer “A Charlie Brown Christmas” for free, to all, for three days this month, December 11-13, on its own platform.

In addition, the show aired once on PBS and PBS Kids at 7:30 in the evening (Eastern time) on December 13, reportedly because Apple faced criticism for tying up this beloved show and keeping it away from free TV -- and to placate the critics, made this side deal for PBS to air the show once a year around holiday time.

But the fact remains that few people, if any, knew about the single airing on PBS or the three-day free-viewing option on Apple TV+.

The way the show was presented this season practically amounted to burying it.

Certainly, in keeping with the way audiences declined for network television over the decades as cable TV and other competitors eroded network viewership, ratings undoubtedly fell for “A Charlie Brown Christmas” and the other Peanuts specials over the years.

But it is also true that the Christmas special’s arrival every holiday season some time after Thanksgiving came increasingly to seem like an afterthought. The show was barely promoted.

Nor was it maintained. Over the years, fans have noted the occasional disappearance of a scene or the absence of dialogue they could swear they remembered from years ago.

This year, the tarnishing of this true television gem reached a new level due, at least in part, to the way TV has been so broken up and balkanized.

As a result, this small, half-hour jewel of a TV show that became world famous and set a seasonal tone for millions around Christmas time is now like so many other TV shows – something you have to make an effort to search for, and then when you find it, you wind up having to pay for it.

Well, as Charlie Brown might exclaim when Lucy suddenly pulls that football away just when he is running up to kick it: Good grief!

holiday, television
1 comment about "Good Grief! It's Christmas, But Where Are You, Charlie Brown?".
Check to receive email when comments are posted.
Next story loading