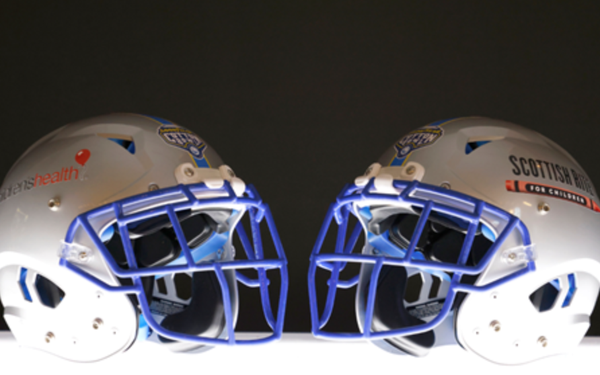 Goodyear is planning several activations to take advantage of its title sponsorship of the 85th annual Cotton Bowl Classic and keep traditions alive, despite limitations due to the pandemic.

Since 1986, coaches and players have visited Scottish Rite for Children and Children’s Health hospitals just prior to game day, using the opportunity to spend time with the children and to name two pediatric patients “honorary captains” of the game.

COVID-19 has made players’ hospital visits off limits this year, so the Classic has reimagined its tribute to keep the tradition alive.

First, AT&T Stadium’s iconic jumbotron will feature a virtual tribute to healthcare workers and pediatric patients during the game.

The automotive tire manufacturer and retailer also has made two custom football helmets featuring the logos of both hospitals.  The helmets will be signed by this year’s Goodyear Cotton Bowl Classic participating teams’ head coaches and captains and delivered to the hospitals postgame.

Goodyear also is also making a donation of $10,000 to each hospital.

A title sponsor since 2014, the Goodyear Cotton Bowl Classic hosts marquee matchups as a member of the "New Year's Six," the top bowl games included in the College Football Playoff Semifinal rotation. The 2020 Goodyear Cotton Bowl Classic between the University of Florida and the University of Oklahoma will kick off Dec. 30 at 7 p.m. CST, with live broadcast provided by ESPN.