For Budweiser, Clorox, Pandemic's Effects Were First Hard To Imagine 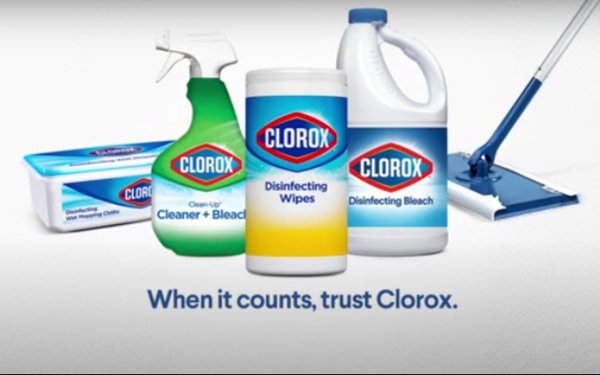 Nothing in life is more routine for many consumers than shopping for household supplies or having a drink.

In 2020, both of those ordinary pursuits changed -- and as a reporter following marketers in both of those businesses, I found a period of stark and sometimes surprising contrasts.

Some brands flew off the shelves -- and not just Charmin toilet tissue. In May, a Procter & Gamble executive on an earnings call with Wall Street analysts, said, “I would say that in general, we're seeing as much as a 20% increase in consumption across categories.”

For beer, hard seltzer and other alcoholic beverage marketers, the pandemic also created a brand-new, challenging world. For example, with less sports on TV and fewer fans in the stands, some marketers lost their comfortable and natural place to advertise -- and natural locales for fan consumption.

But most of all, bars and restaurants, where many of those products ordinarily rack up one-third to one-half of sales, were closed or, at best, not doing much business. Bars and restaurants were and still are major victims of the pandemic.

So on-premise drinking plummeted -- and off-premise sales at liquor stores and supermarkets and via ecommerce, skyrocketed.

According to data from CRM software company Wompy, nationwide, liquor sales   at stores were up 178% for the week that began March 16, when the pandemic really caught the attention of consumers and all levels of government.

The report said, “Pennsylvania liquor stores were completely overrun on March 16th to the tune of an almost unbelievable 1,000% increase. This was almost certainly a response to the announcement that bars, restaurants, and state-run liquor stores would be closing down on March 17”  because of the health crisis. Later, when the state opened some stores, it boarded up some of the ones it left closed, to prevent break-ins.

CPG manufacturers of cleaning products shoppers thought could help them fight the virus had particularly good years. P&G was helped along by sales of such legacy brands as Tide and iconic brands like Charmin’ but also the brand new Microban 24, introduced in February, which racked up sales of $200 million in less than a year.

The company ratcheted up its advertising spend by 30% to take advantage.  “We have a unique opportunity to do that as peoples’ behaviors are changing,” CEO Linda Rendle told CNBC.

Lysol also benefited from renewed consumer attention. Reckitt Benckiser, which makes Lysol, said the business unit that includes the disinfectant had a double-digit growth in sales.

As for the beer, wine and liquor industry, there’s a plus side to the lack of traditional sales from bars and restaurants. To help those businesses afloat, several cities and states now allow takeout sales of mixed and single-serve drinks. Trade groups will probably fight to keep that door open when the pandemic abates.

Carlos Brito, the Anheuser-Busch InBev CEO, said on a Q3 earnings call that as more people drink at home, other habits are changing.

“For example, we see that… since people are not going to restaurants, they're having more meals with family and maybe a small group of friends at home,” Brito observed. “Beer is beginning to penetrate in an occasion that was more a wine occasion.”